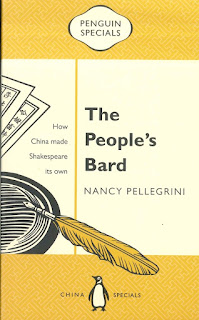 Pellegrini, Nancy. The People's Bard: How China Made Shakespeare its Own. New York: Penguin, 2017.
I have time for just a quick few words on what turned out to be a very disappointing book—or pamphlet, really.

A book with the title The People's Bard: How China Made Shakespeare its Own should do what its title sets out to do. Instead, we are presented with a basic plot summary of Shakespeare in China. The introduction indicates that the book is for non-academics, but the book it largely rehashes, Alexander C. Y. Huang's Chinese Shakespeares: Two Centuries of Cultural Exchange (for which, q.v.), is entirely accessible by the general reader even though it also has an immense weight of scholarship behind it.

The book also cycles through the same material multiple times. We think a subject has been covered, but it comes back again—but without additional depth or much in the way of alternate angles on the material.

Here are a couple sample pages. In the first, we glimpse a bit of Shakespeare under Mao: 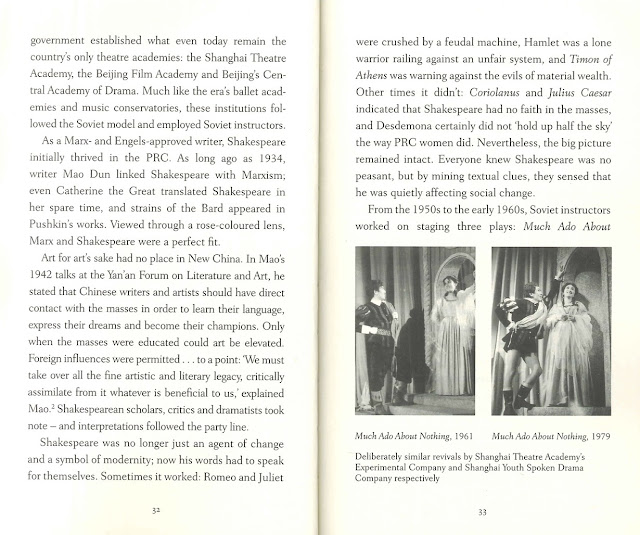 That's interesting and good, but it's all covered by Huang in a much more satisfactory manner. 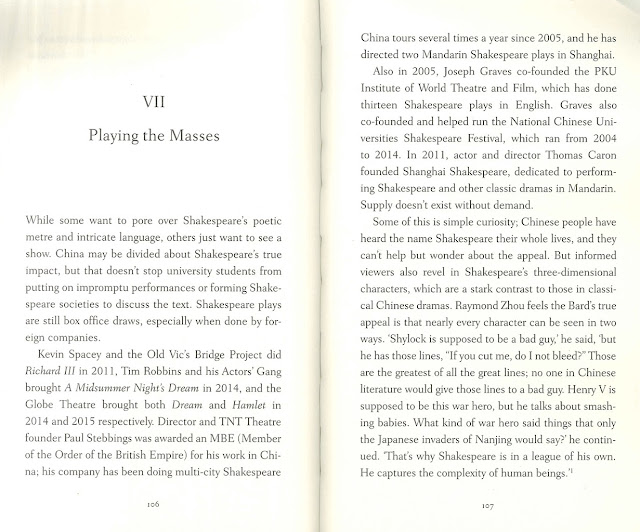