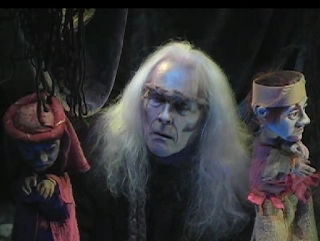 Now we also have King Lear with puppets.

I found the former more compelling—and perhaps that play is more conducive to being given the puppet treatment—but there's still something intriguing here.

Two actors, each handling multiple puppets, provide a streamlined version of the play. One of the puppeteers also plays Lear in his own person.

It's a little confusing to describe, so let's let the show speak for itself. Here's the end of Act II, scene iv:

It's an impressive undertaking, but I think the version of The Tempest is more successful.
Links: The Film at the Independent Eye.

Click below to purchase the film from the Independent Eye. 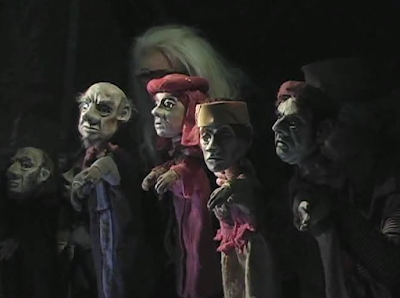