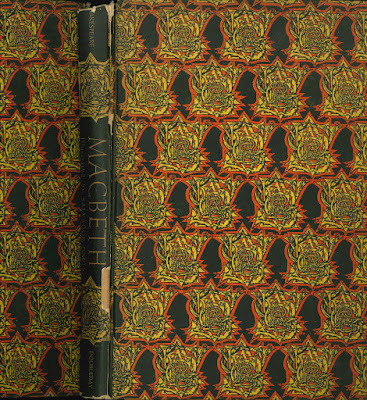 Shakespeare, William. Macbeth. Illus. Salvador Dali. Garden City: Doubleday, 1946.
As you might expect, I have a fairly-large collection of Shakespeare books. I have large scholarly tomes and children's retellings, modern Shakespearean fiction and Shakespeare biographies, critical editions of the plays and books on Shakespeare films.

But I don't have much that would count as rare or valuable—except one book: The first edition of the Macbeth illustrated by Salvador Dali. It's not in great condition, and it doesn't have the slipcase that originally accompanied it, but I picked it up at a bargain rate, and perhaps it will appreciate in value.

If it doesn't, that's fine—that's not the point. The point is that I will grow in my appreciation of it.

I don't dip into it too often, but my eye fell on it (insert King Lear joke here) as I was glancing over my shelves, and I decided to glance through it and give it a write-up here.

The illustrations seem to me to be typical of Dali—they're odd and unexpected . . . and they seem to pop right off the page into the viewer's face. Here, for example, is the illustration of the line about Duncan's horses eating each other: 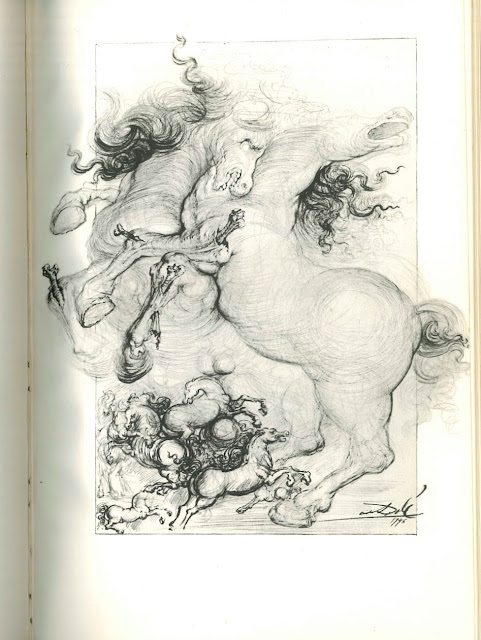 And here's an illustration that goes with Macbeth's visit to the Weïrd Sisters in Act IV: 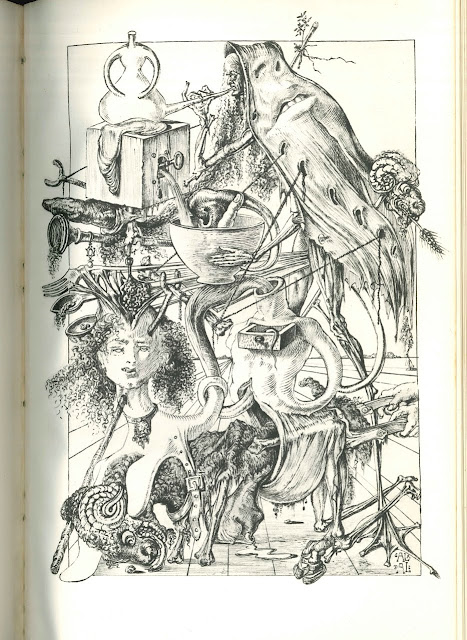 The illustrations are wild, interesting, and disturbing. They do seem to fit the play pretty well.
Click below to purchase the book from amazon.com
(and to support Bardfilm as you do so).