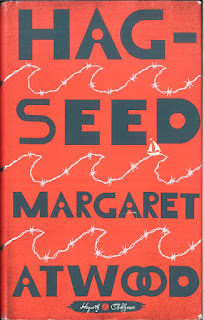 Atwood gives us a "mirror novel"—a novel about a group of actors putting on a play. But it's more than that. She weaves a re-imagined Tempest plot into the production of The Tempest.

In the novel, Felix Phillips finds himself ousted from his position at the theatre where he has basically been king. He moves into something of an exile, taking on a new name and plotting his potential revenge.

Whether it's part of his revenge or not, he takes up a position directing Shakespeare plays at a nearby penitentiary.

I was able to check this out from my library in electronic form—let me use that to do something I haven't done before. It's something of a live-tweet encounter with the novel.

In this first section, Felix, in a wonderfully self-reflexive, self-aware way, starts to see his own story as the story of Prospero: 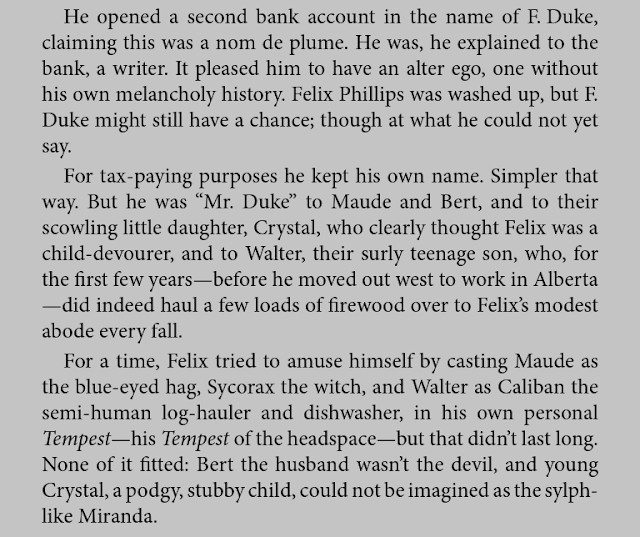 As one way to get his actors interested in the play, he asks them to find all the curses they can in The Tempest: 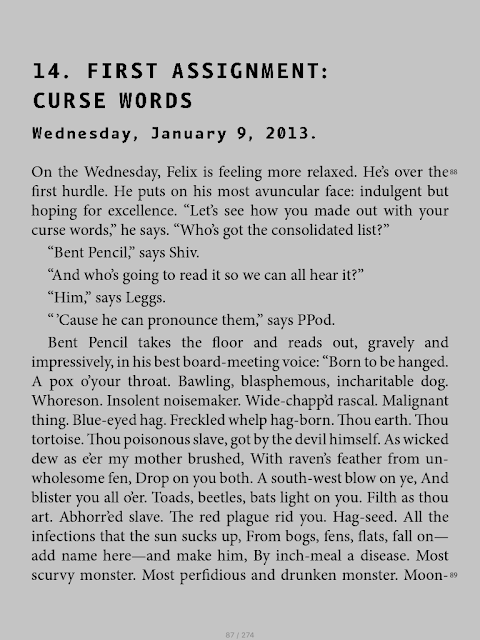 In the following scene, Felix contemplates the vengeance he wants to take on the person who ousted him and took his position at the theater: 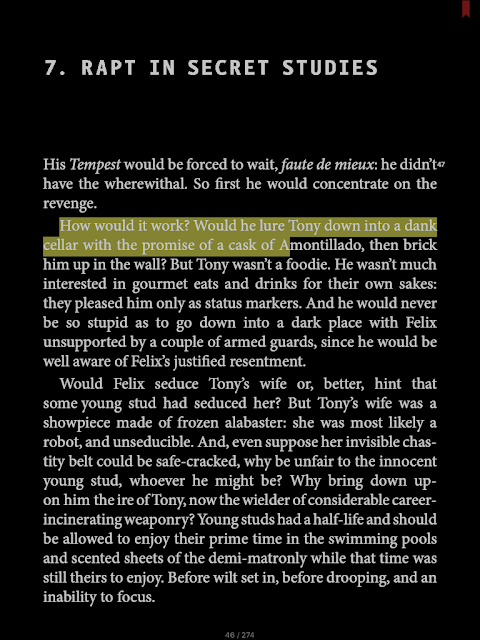 Here, he defends Shakespeare--and why Shakespeare is valuable for everyone, not just some high-culture upper-crust group: 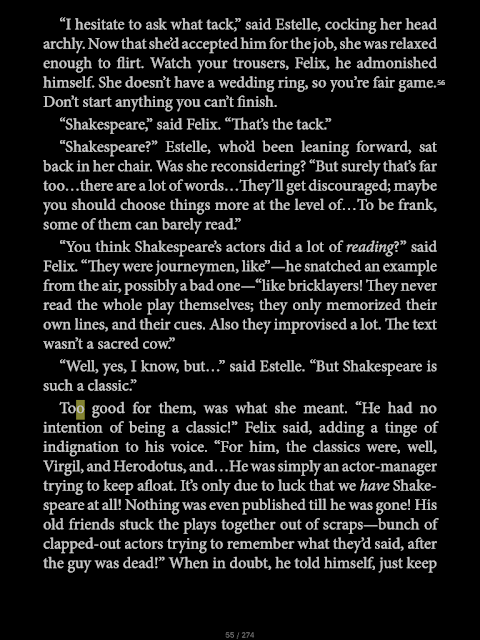 Here, too, the defense of Shakespeare takes center stage: 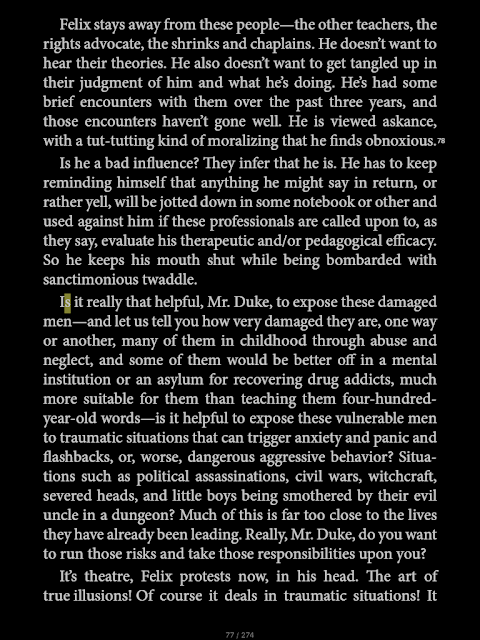 We also get his opening speech to his new group of actors, quoting a bit from The Tempest and summing up one answer to "Why do Shakespeare?": 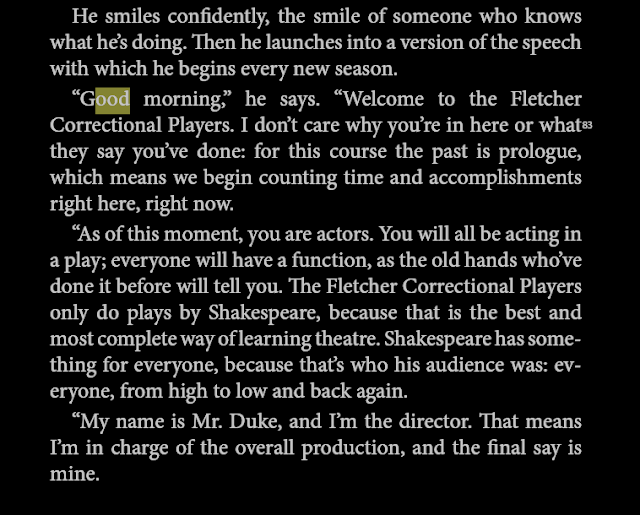 As they rehears, the players decide to come up with a rap for Caliban. Here it is: 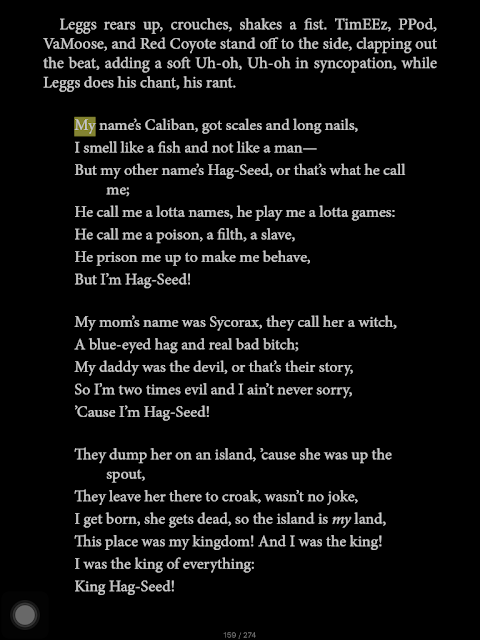 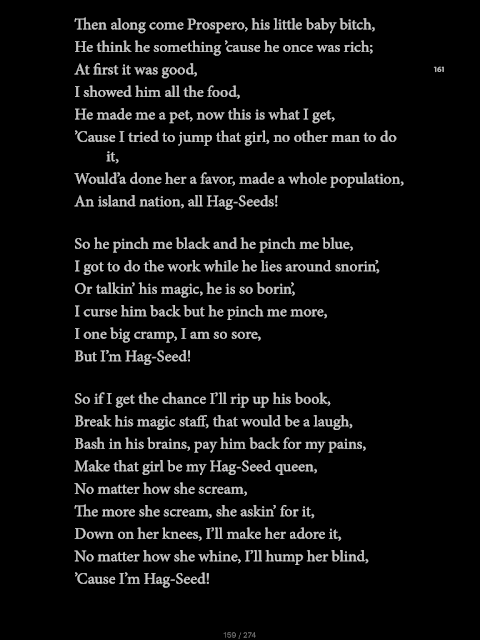 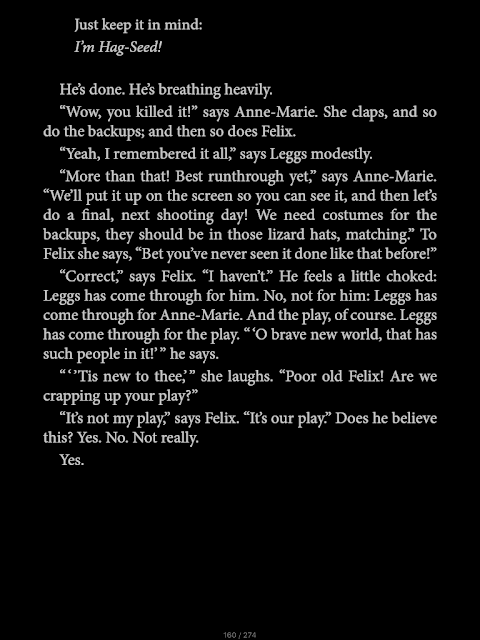 I am very impressed by Atwood's careful and intriguing use of The Tempest in her creation of this novel.
Click below to purchase the book from amazon.com
(and to support Bardfilm as you do so).