Book Note: Life on the Mississippi

Twain, Mark. Life on the Mississippi. New York: Signet Classic, 1961.
Shakespeare crops up in both expected and unexpected places constantly.

Perhaps that's not so rare—there's not all that much there. But what there is makes me wonder if the possibility of a scene like The Duke and the Dauphin in Huckleberry Finn (for which, q.v.) is starting to develop in Twain's mind.

The section comes late in the book (in the edition cited above, it's on pages 287 and 288). Twain tells the story of an apprentice to the blacksmith in (most probably) Hannibal, Missouri. A couple English actors arrived in the town and eventually performed a fight scene from Richard III. That was it for the blacksmith's apprentice. He left the small town to travel to the big city to take up the profession of acting.

Sound familiar? In this case, we substitute Hannibal and St. Louis for Stratford and London . . . and the rest of the story differs as well.

But I'll let Mr. Twain tell you in his own inimitable words: 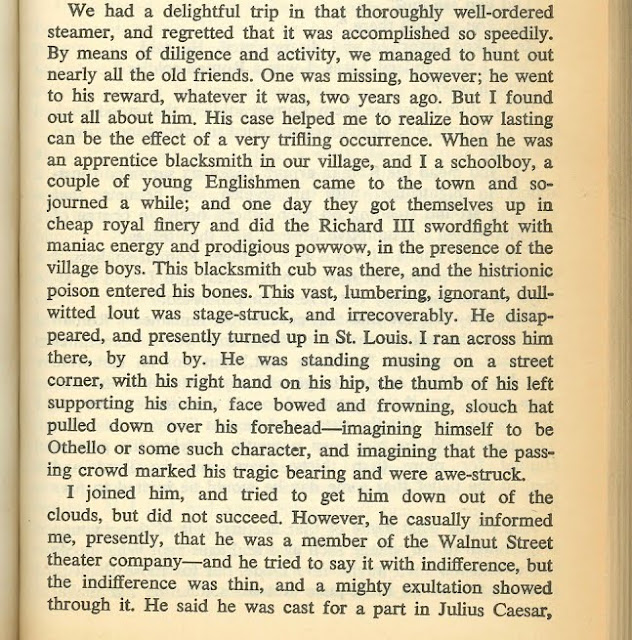 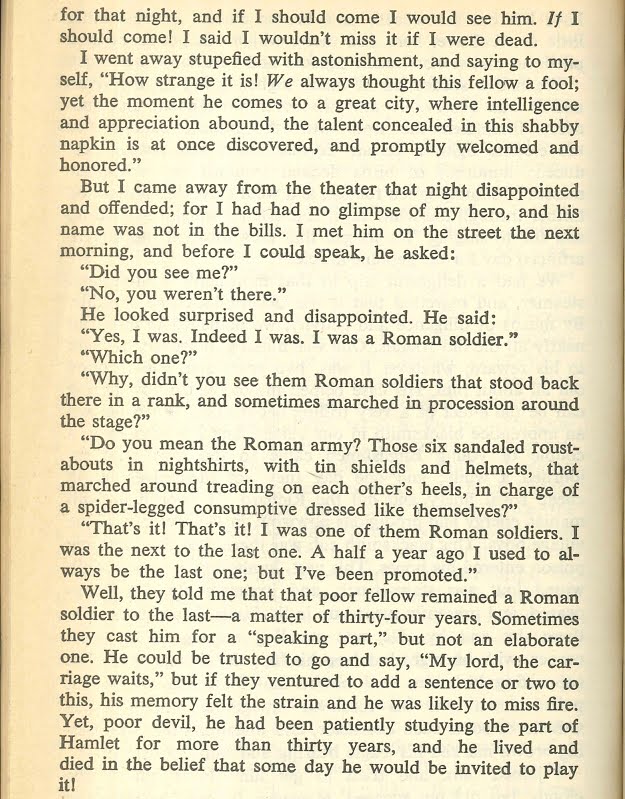