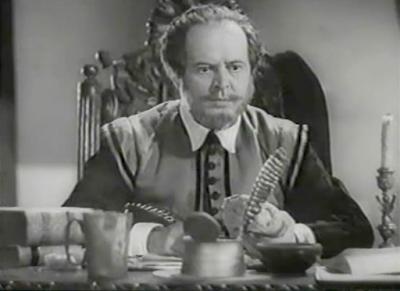 Time Flies. Dir. Walter Forde. Perf. Tommy Handley, Evelyn Dall, George Moon, and Felix Aylmer. 1944. Gainsborough Pictures, 1944.
In the chronology of this blog, we move from the sublime to the ridiculous.

In this 1944 film, a professor has invented a time machine. An unscrupulous man cons an actor on the music hall stage into investing in its further development; his wife (also an actor) objects. Somehow, all four of them end up accidentally traveling back in time to Elizabethan England, where hijinks ensure.

I watched this film because I heard that Shakespeare makes an appearance. Our actors arrive in the Globe Theatre and find Shakespeare working on the script for Romeo and Juliet. Yes, I know—if they're in the Globe, Shakespeare must have written the play already. But that's the kind of fact you have to forget about so that this film doesn't drive you insane. For example, just as they're teaching Walter Raleigh (not yet Sir Walter) how to smoke a cigar, John Smith starts bragging about owning all of America—until Pocahontas shows up and claims it for herself.

In any case, our music hall actress helps the man she sees with his lines—which she thinks he's forgotten. Only afterwards does she learn that he's Shakespeare himself—and they don't get there until they've practiced the balcony scene together. Have a look:

Immediately afterwards, a few Shakespeare-era musicians arrive; after they have a go at a number about the ringing of the bells, our musical hall actors break into a ridiculous song and dance number. I'm including it here because the music is actually pretty good—and I like the idea of our actor grabbing a clarinet and giving the Elizabethan era a good taste of Benny Goodman-esque jazz:


Finally, one part that was caught my attention was the actor who played the professor. Here's a clip from his role—see if you can figure out what other famous and Shakespeare-related role he played:


That, dear readers, is Felix Aylmer—he played Polonius in Laurence Olivier's 1948 Hamlet (made just four years after this film). It's intriguing to see him in both—but there really isn't much range between our absent-minded professor and that absent-minded Lord Chamberlain.

All in all, Time Flies is a not-too-memorable ephemeral comedy—but I do find it hard to resist anything—even a B-grade movie—that has Shakespeare in it. 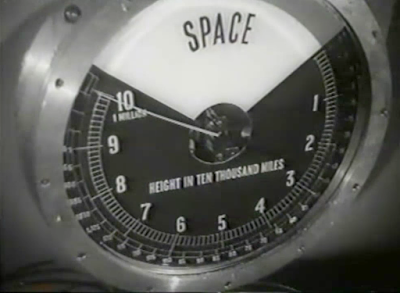 Bonus Image One: How to tell where you are in Space. 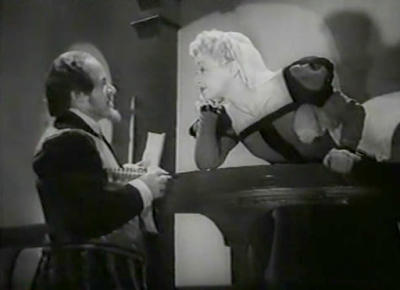