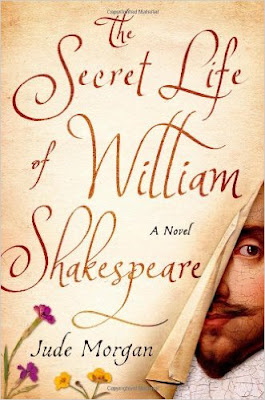 Morgan, Jude. The Secret Life of William Shakespeare. New York: St. Martin's Press, 2014.
This is one of the books I brought with me to pass the time in the various airports I needed to go through to get to Vietnam. But the problem was that this novel made the time hang more heavy on my hands instead. That's one reason I stuck a "Free Book!" note to the cover and abandoned it in the Tokyo airport.

The writing isn't terrible—it's just uninspired. Will wants to obey his father's sanction agains hanging out with players, but he can't help himself.

Later, he wants to obey his vows of fidelity to Anne, and he does for quite a while. And then he can't help himself.

And Anne wants to trust her husband.  And she does for a while.  But then she can't help herself, and she runs off to London.

The novel fills in the gaps in the biographical record, but not very imaginatively.

The plays are also downplayed somewhat. I'd like to have more of the creative side explored.

Here's a page that will give you a sample of the writing. On this page, Shakespeare is still back in Stratford, feeling guilty about going to a play. 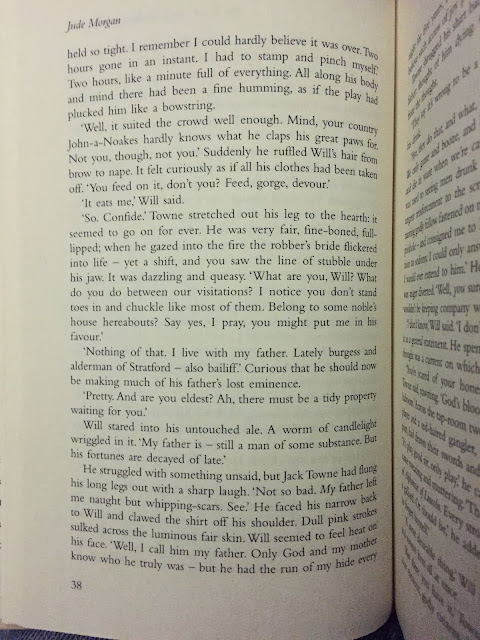 All in all, you'd be better off with Grace Tiffany's biographical Shakespeare novel (for which, q.v.).
Click below to purchase the novel from amazon.com
(and to support Bardfilm as you do so).

I have heard something about "Lost years" of William Shakespeare, Is it True?

Well, it depends on what you mean by that. There are gaps in the documentary record for Shakespeare's life. And we can only speculate about what happened in them. If anyone says that Shakespeare was certainly doing anything in particular during that time, ask for the documentary evidence for the claim!

One line for him " The God Of literature"