How to Play Humiliation 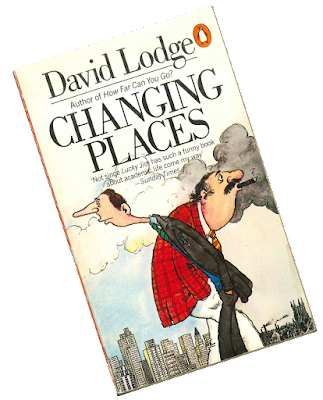 Lodge, David. Changing Places. New York: Penguin, 1979.
David Lodge's Changing Places doesn't have all that much Shakespeare in it, though it does have a Shakespearean feel to it. An American scholar trades posts with a British scholar to immensely humorous and occasionally slapstick antics.

The most memorable part of the novel to me is a game called "Humiliation" that one of the characters has invented.

The game is an interesting one—and I'd actually be interested in playing it.

But you should all read through all the rest of the excerpts from the book before you decide to play. The end may not be what you expect.

I'll let the book explain the rules, and then I'll trace the way the book uses the game. On page 96, we first learn about the game when Philip Swallow (the British professor teaching at the American institution) tries to teach it to a group of students:

The novel switches to epistolary mode in the middle; from Philip Swallow's perspective (on page 132), we get something about his attempt to introduce the game to his new American colleagues: 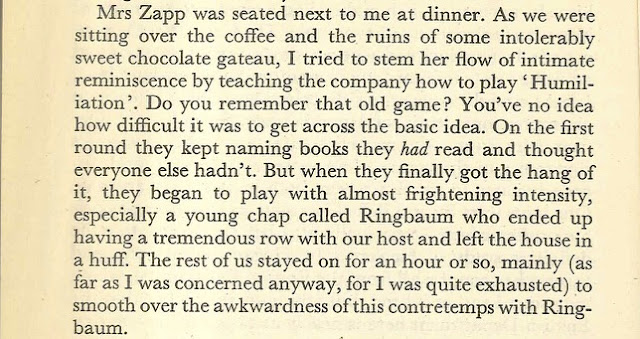 Mrs. Zapp is the nearly-filing-for-divorce wife of the American professor who has traded posts with Swallow. Her account of the game is found on pages 135-37: 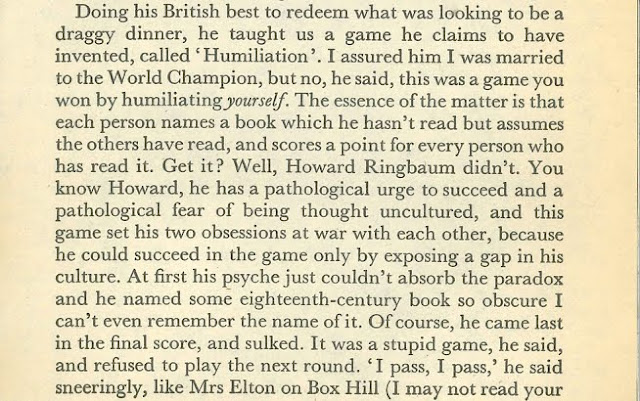 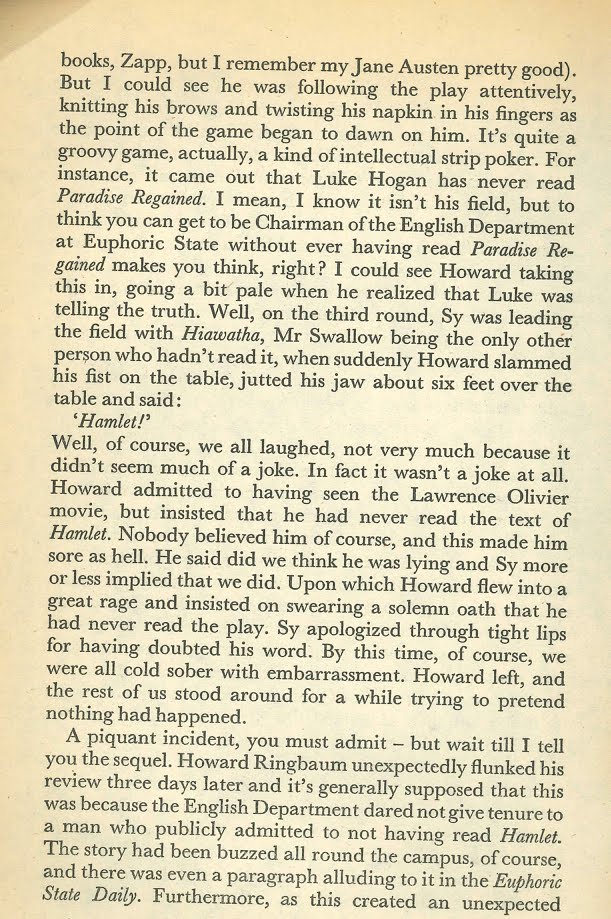 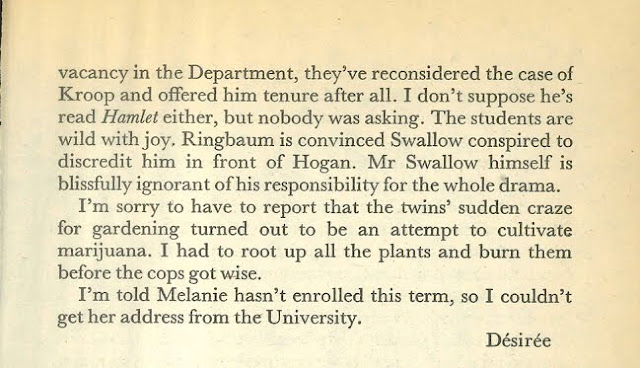 Beware the game, then, lest you win by admitting not to have read a key work of the canon of literature—but lose by being denied tenure for having failed to do so!
Click below to purchase the book from amazon.com
(and to support Bardfilm as you do so).