Juliet on the Couch in "Shakespearean Therapy" 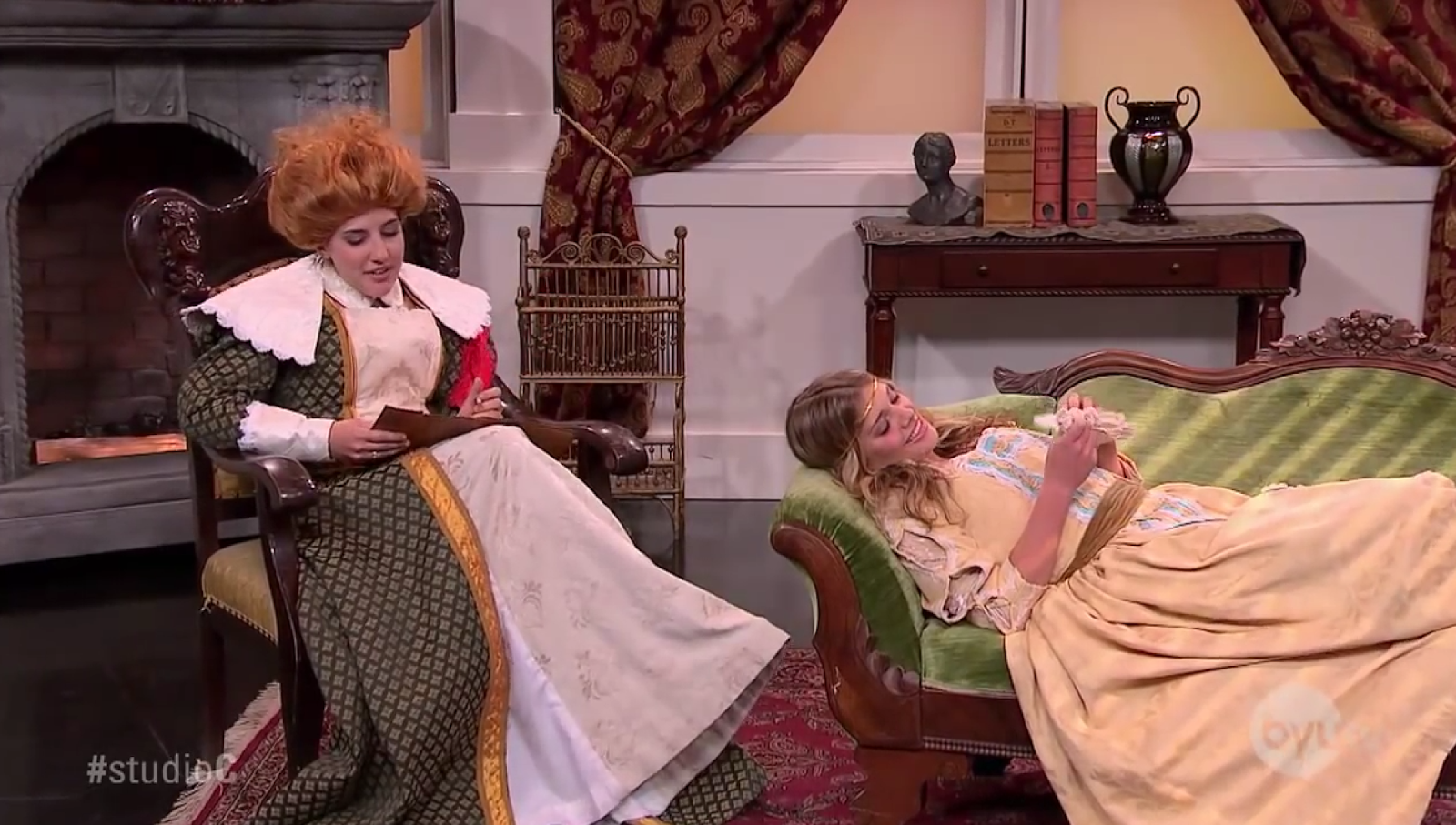 "Shakespearean Therapy." Studio C. BYUtv. BYU Broadcasting. 14 February 2013. Web. 4 February 2015.
The students are at it again, finding me terrifically interesting material that I had never encountered before.

A student in my Modern Shakespearean Fiction class (yes, it's amazingly cool that I have a class like that) presented a sketch from a comedy group called Studio C. In the sketch, Juliet is on the couch visiting her psychologist. Both characters speak a form of Renaissance English—except when they interestingly deviate into modern language choices (e.g., "Thou lovest him . . . a lot?" and "Dost thou hear thyself?"). And the language is done well enough that it (mostly) doesn't become annoying (which is always a danger in "Shakespearey" talk).

What I particularly admire about the sketch is its defamiliarization of the narrative. We're taken to an outsider's perspective on the events of the play, and that enables us to see and think about the play in a new light. Here, it's a comedic light, shining on just how ridiculous the plot of Romeo and Juliet is.

One other line I like involves the different uses of a word available both to Shakespeare and to a modern audience—and how the sketch nicely helps us see the different meanings. A little more than halfway through, Juliet's psychiatrist says, "This man seemeth to me a player—and not the kind on the stage."

I'm embedding the sketch below, and I'm also including a blog-native version in case the YouTube embedding fails or falters. Enjoy!

I can't believe I never fully considered all of this. He did kill Mercutio... Juliet has problems.﻿