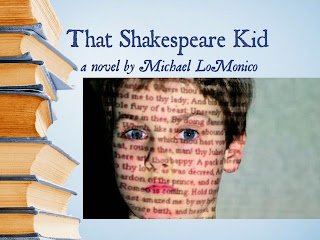 LoMonico, Michael. That Shakespeare Kid. North Charleston, South Carolina: CreateSpace Independent Publishing Platform, 2013
I recently read this book, having heard of it through a Kickstarter campaign and Shakespeare Geek's blog. It came out as a self-published book a couple years ago.

The gimmick is intriguing. A kid gets a concussion and is only able to speak in quotations from Shakespeare. As plot devices go, it has its positive side, but it does start to pall fairly quickly. It seems like it might work for a short story, but it does tend toward the tedious.

I think a good example of this comes in a scene where our narrator and the Shakespeare Kid end up at a Mets game. During the course of the game, the Shakespeare Kid provides a running commentary drawn from every quote that could apply to baseball. Click on the image below to enlarge it and to give it a try: 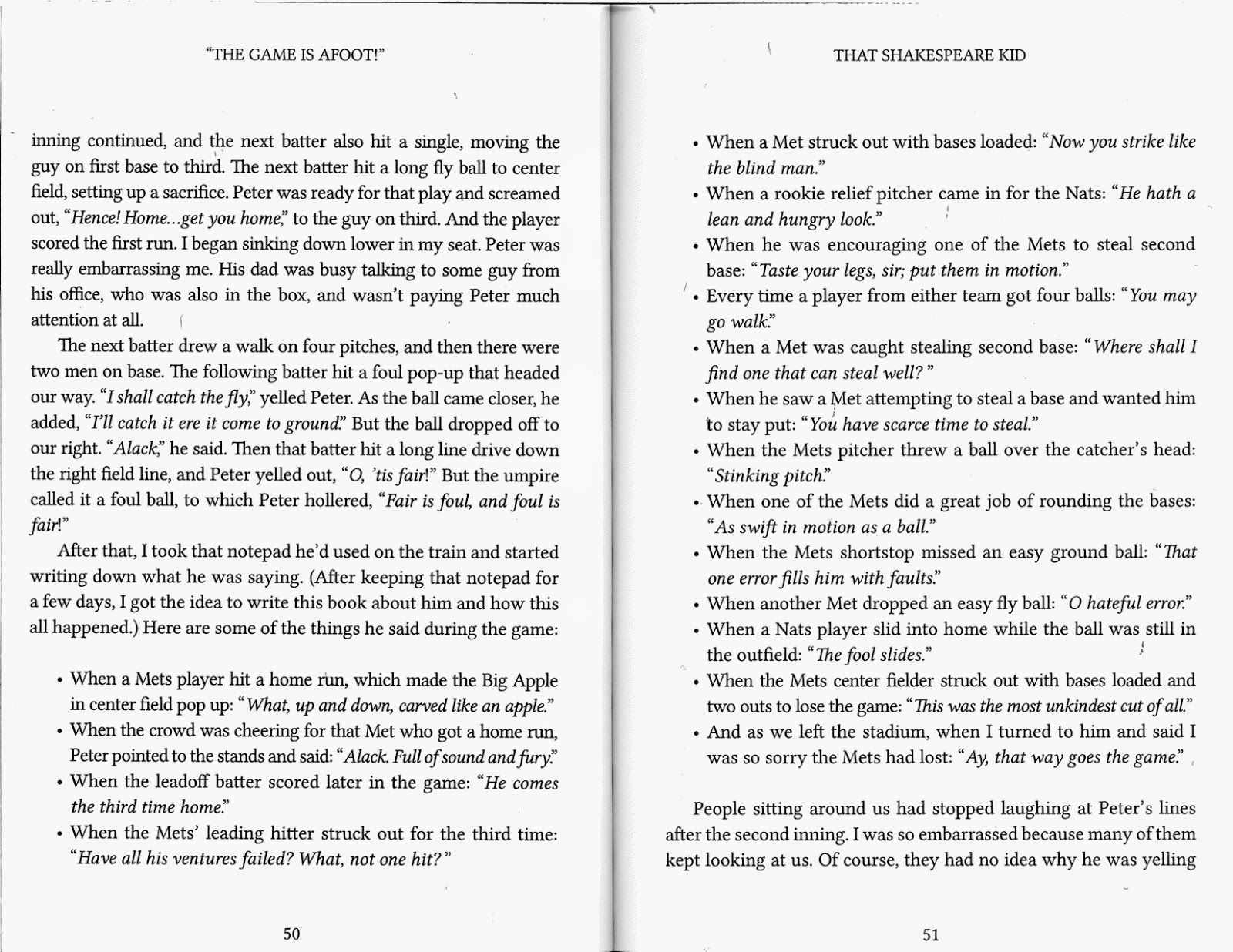 It's a tour de force of the genre, and it does demonstrate the cleverness of the author—I'll certainly give it that! But it does carry on. The possible monotony is broken by a couple devices—the Shakespeare Kid is able to text the narrator in modern English; later, he can use a whiteboard to communicate with her and with his teachers.

Apart from the overuse of the gimmick, the novel was interesting enough, giving us some colorful characters, some romance, and some tension that carries the book through to the end.
Links: A Review of the Book at Shakespeare Geek.

Often humorous and always compelling, "That Shakespeare Kid" illuminates Shakespeare in a new and unique way that makes me wander why no one has thought of this idea before. In Michael LoMonico's brilliant YA novel, Shakespeare's "Words are easy..."

The perfect book to introduce young readers to Shakespeare! A wonderfully appealing story with humor and relatable characters. The author very cleverly integrates the Bard's most famous lines and provides a road map for how to teach and understand those classic works. This book should be used in every middle school in America and beyond.