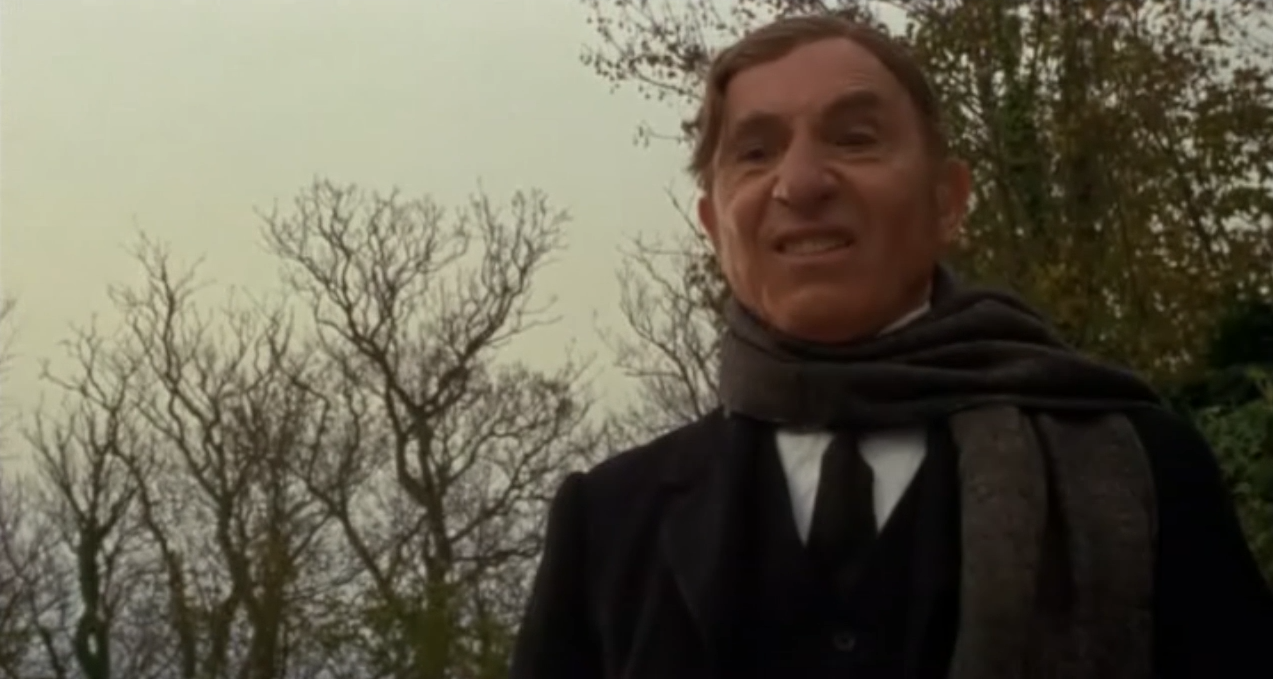 Twelfth Night. Dir. Trevor Nunn. Perf. Imogen Stubbs, Rod Culbertson, Sydney Livingstone, Toby Stephens, Rita Connolly, Nicholas Farrell, Imelda Staunton, Tim Bentinck, Alan Mitchell, Ben Kingsley, Mel Smith, Peter Beamish, Peter Gunn, and Nigel Hawthorne. 1996. DVD. Image Entertainment, 2005.I'm not fond of Nunn's Twelfth Night. There is certainly grief and tragedy in the play itself—Olivia's brother is dead, and she's in perpetual mourning for him. Viola's brother is, as far as she knows, dead—but she's being brought to a point where, although it's present, it doesn't overwhelm her.
Nunn's version of the play keeps us in that dark (often literally, cinematographically dark) state. When we get to the trickery scene, there's not much there:

There's not nothing there, but there's not much. I don't see any joy—in either the trickers or the trickee. They seem to be going through the motions—we're known for pulling pranks on people, so, for lack of anything better to do, let's pull a prank on Malvolio.
Links: The Film at IMDB.