Book Note: "The Merchant of Stratford" 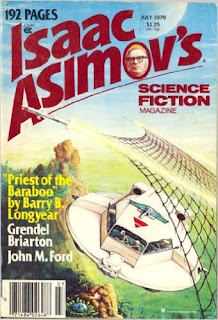 Most of us have (I daresay) wished for a time machine so that we could travel back in time to Shakespeare's day. This short story imagines just such an event.

Or, I should say, events.

The story imagines what would happen if nearly everyone who wanted to visit Shakespeare in a time machine did so. It's told from the perspective of the first time traveller in history. He arrives toward the end of Shakespeare's life, cautiously and carefully approaching the great man so as not to shock him. 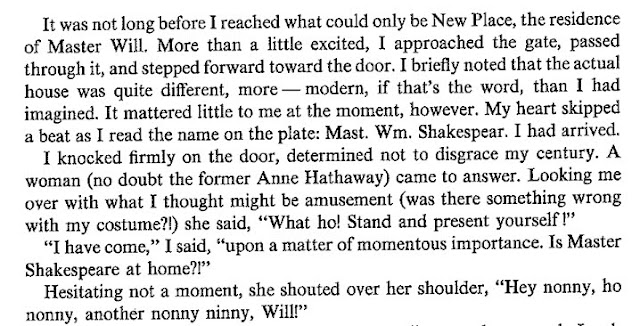 Instead, he's the one who's shocked. Shakespeare has been plagued by time travellers since his youth. Once time travel was possible, everybody and their second cousin wanted to visit him.

It's great fun, but I won't give any spoilers on the plot. I will, however, provide an interesting moment from the middle of the story. It turns out Shakespeare is a Science Fiction fanatic—and he makes something of a case for treating SF as literature. After all, he argues, his own work wasn't considered literature in its day. 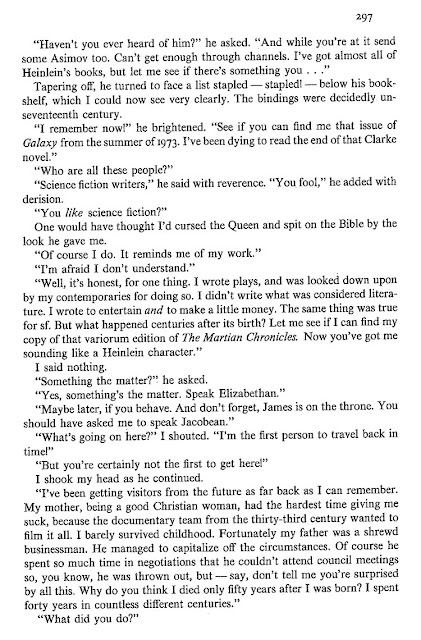 Track the story down—it's worth the search. It will probably make its way into my "Short Packet o' Short Shakespeare Adaptations" in my Modern Shakespearean Fiction class next semester.
Links: The Film at IMDB.

Click below to purchase the book that contains the short story from amazon.com
(and to support Bardfilm as you do so).

Thanks for the recommendation. I was able to get a version for my Kindle from Amazon.

Terrific! What did you think, Peder DeFor?