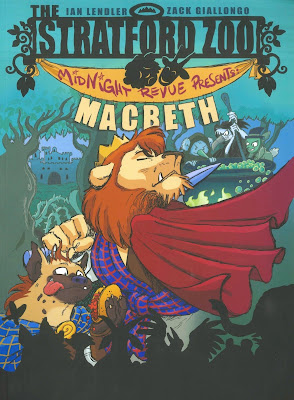 The book, appropriate for grade school kids, high school students, and Shakespeare professors, tells the story of the animals in the zoo at Stratford-Upon-Avon and the antics they get up to at night—namely, putting on a production of Macbeth.

We get an intriguing version of the play (together with comical interaction with the audience). Macbeth, as a lion, is tempted to eat the king; Macduff, a stork and a detective, works to solve the crime. The book tells the general plot, but it addresses it with careful and thoughtful fluidly.

I'm providing two spreads to give an idea of how it does so (and to whet your appetite enough to give it a try). In the first, Macbeth gives in to temptation: 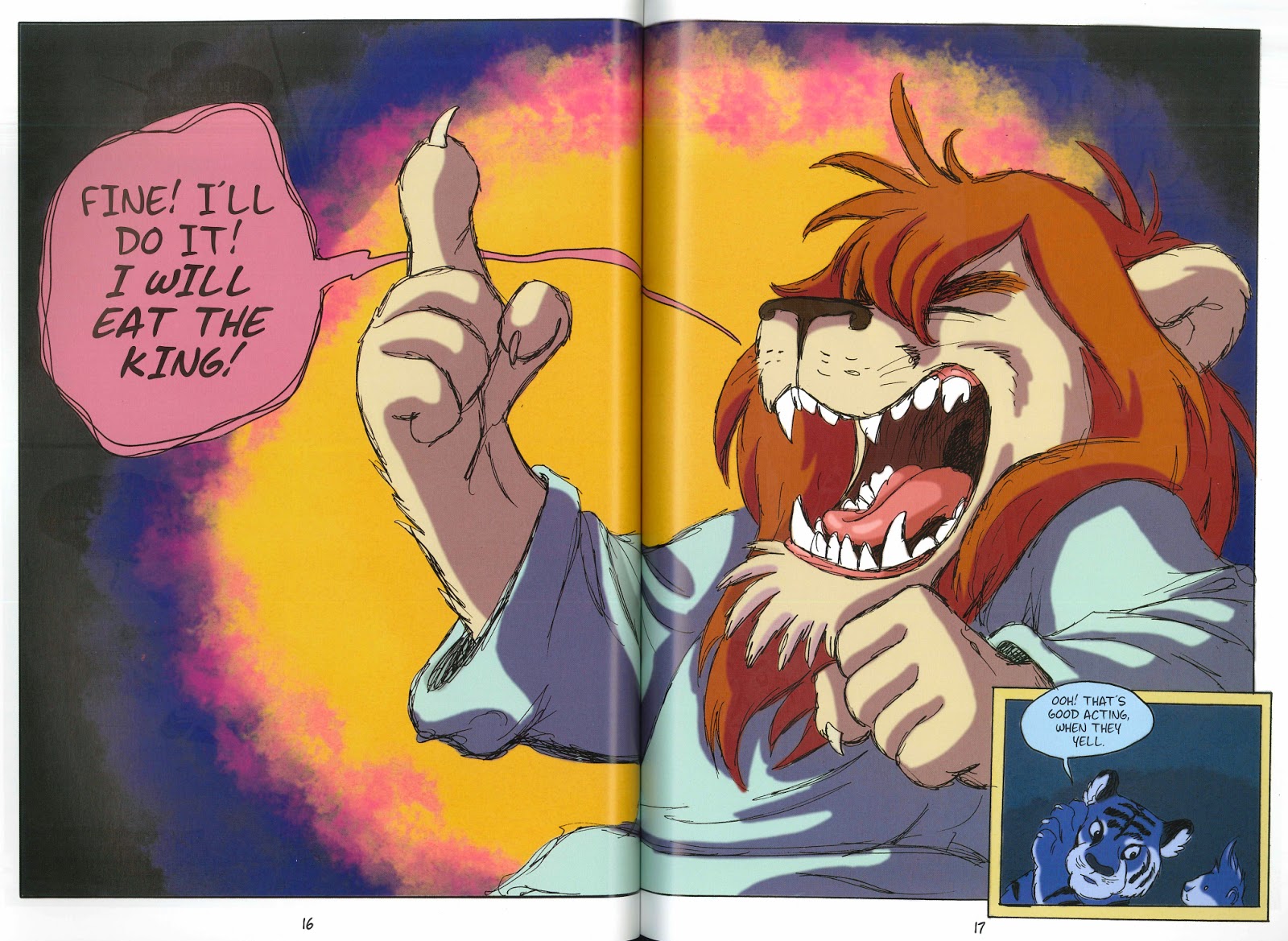 The second gives this book's version of Macbeth's conflicted conscience—and the dagger speech: 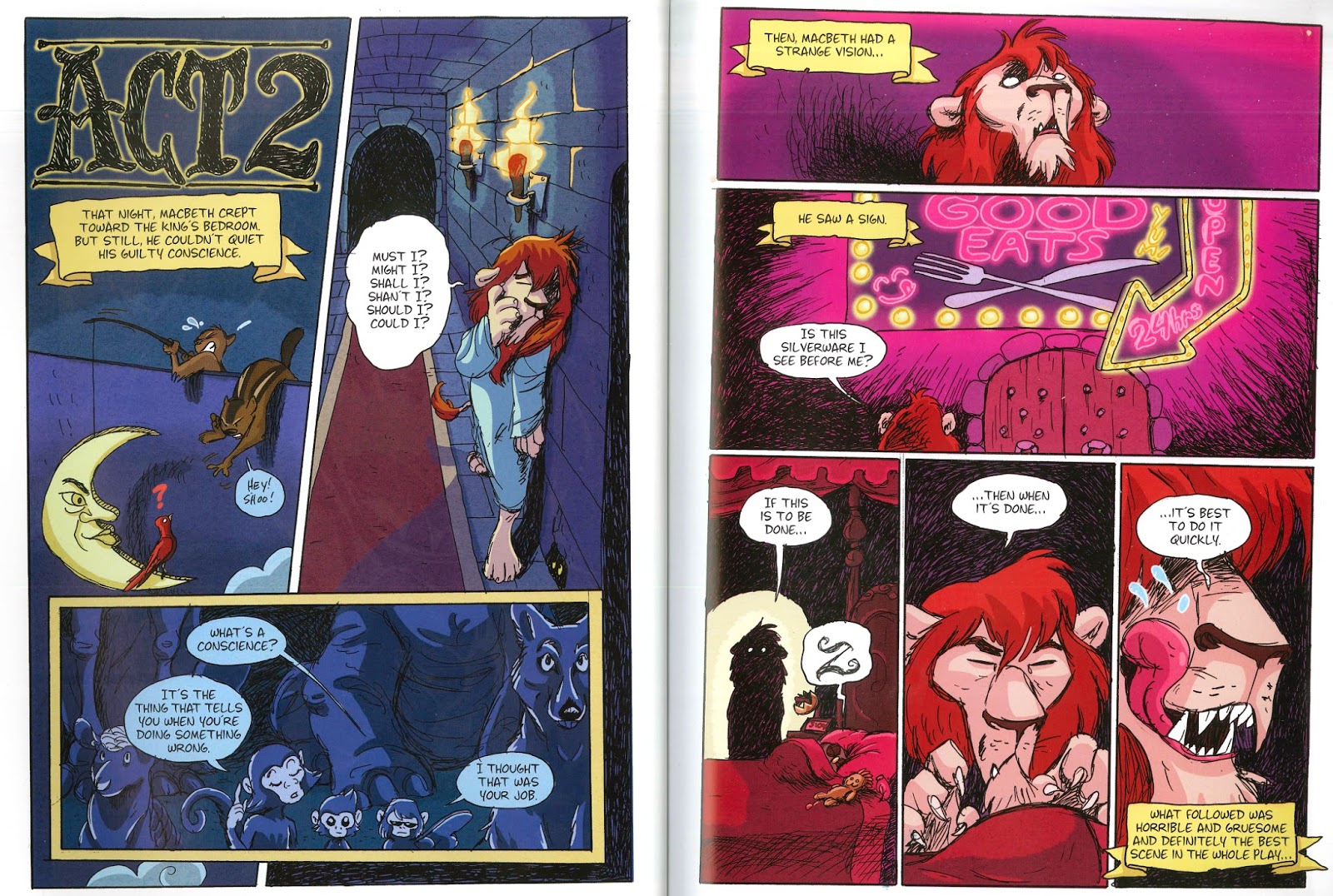 I'm fond of the book. It's quirky in ways that break the norms of the graphic novel genre, which I appreciate greatly. Give it a try!

Bonus: The book now has a trailer!  Enjoy!