Tim Curry as Will Shakespeare 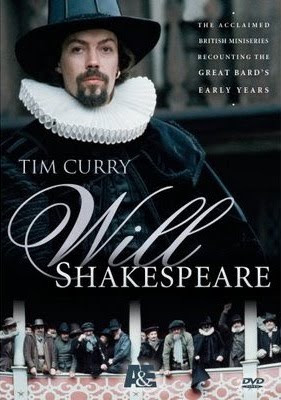 Will Shakespeare [a.k.a. Life of Shakespeare]. By John Mortimer. Perf. Tim Curry and Ian McShane. Dir. Mark Cullingham and Robert Knights. 1978. DVD. A & E Home Video, 2008.
Yesterday, the recently-released-on-DVD Will Shakespeare arrived! I had ordered it, sight unseen, back in November, as you remember.

At first, I was thrilled. Then I was slightly disappointed. Now, I'm back to excited again—it was well worth the purchase price, and it's well worth watching. I had mistakenly thought that this was a brand-new mini-series; instead, it's a release of 1978's Life of Shakespeare with a savvier, classier title. I noticed the BBC-in-the-1970s production values at once, but the story does hold up despite them.

The plot does pull up some old and tired turnips of the Shakespeare biography industry: Shakespeare merely holds the horses outside the Rose Theatre, Christopher Marlowe's death isn't merely a pub brawl, there's something more than meets the eye about the Earl of Southampton, Ann Shakespeare is a shrew, et cetera. But it's still well-written (thanks, John Mortimer!) and interesting.

As a bonus, John McEnery (who played Lucio in the BBC's Measure for Measure) plays Hamnet Sadler, down to London from Stratford to visit his old friend Will. Additionally, Shakespeare wears a red cap (watch for him—he appears sooner than you expect him to), Hamnet Sadler carries a chicken, London in 1590 is a dirty and noisy place, and the BBC of 1978 wanted its audience to know that it was broadcasting in colour: 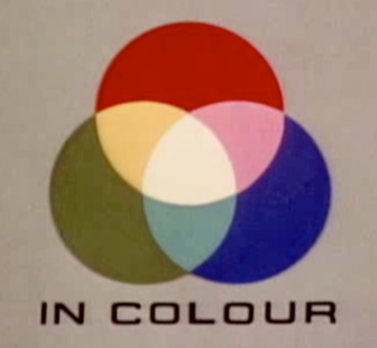