Pulling Out All the Stops: Allusions to Six Plays (and Two Sherlock Holmes References [one a Shakespeare quote] as a Bonus) in Star Trek VI 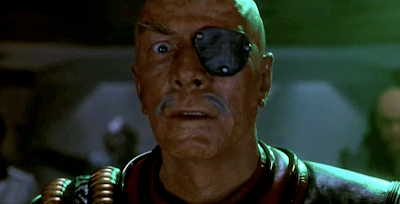 Star Trek VI: The Undiscovered Country. Dir. Nicholas Meyer. Perf. William Shatner, Leonard Nimoy, DeForest Kelley, Nichelle Nichols, James Doohan, Walter Koenig, and George Takei. 1991. DVD. Paramount, 2004.
In the grand conclusion to Star Trek VI: The Undiscovered Country, General Chang gets a little carried away, piling reference upon reference, allusion upon allusion, and quotation upon quotation from Shakespeare into his militaristic taunting. Including the trial scene, we are treated to excerpts or paraphrases (or translations into Klingon) of no less than six plays: Richard II, Henry V, Hamlet (in Klingon), The Merchant of Venice, Henry V (again), The Tempest, Julius Caesar, Julius Caesar (again), and—finally and conclusively—Hamlet (in English).

I've collated them into the clip below, and I've provided the quotes (as uttered in the film, not as printed in authoritative sources) below the clip below. For the Klingon, I used (unabashedly, in this case) the internet. Most sources capitalize and accent the line in this way. Until I get my copy of The Klingon Hamlet (for a link, see below), requested today through Inter-Library Loan, that will pass as authoritative.


Let us sit upon the ground / And tell sad stories of the death of kings.

Once more unto the breach, dear friends!

Our revels now are ended.

Cry “Havoc!” and let slip the dogs of war!

I am constant as the northern star.

[Dr. McCoy's comment ("I'd give real money if he'd shut up") is not from Shakespeare, though it may move us as much.]

One last brief allusion is found in the mouth of another bad guy ("gal," I suppose, really). Hamlet says that "the devil hath power / T'assume a pleasing shape" (II.ii.599-600). This baddie admits to having the same power: 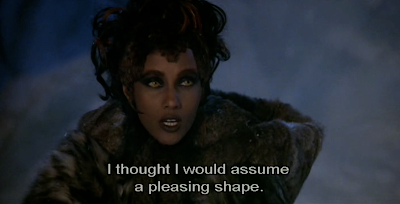 Update (6 August 2012): The phrase "undiscovered country" is repeated at least twice more (once in plural form) in the course of the film—toward the film's end. Here are two still frames showing those quotations: 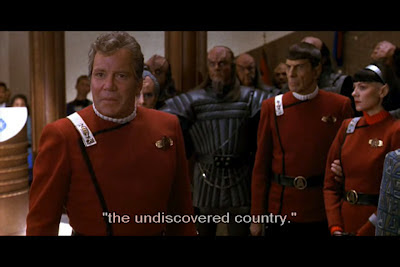 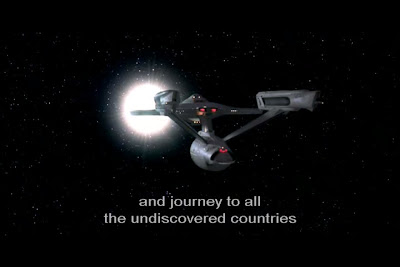 Links: A Gateway to Star Trek Information at Wikipedia. Official Site of The Klingon Hamlet.