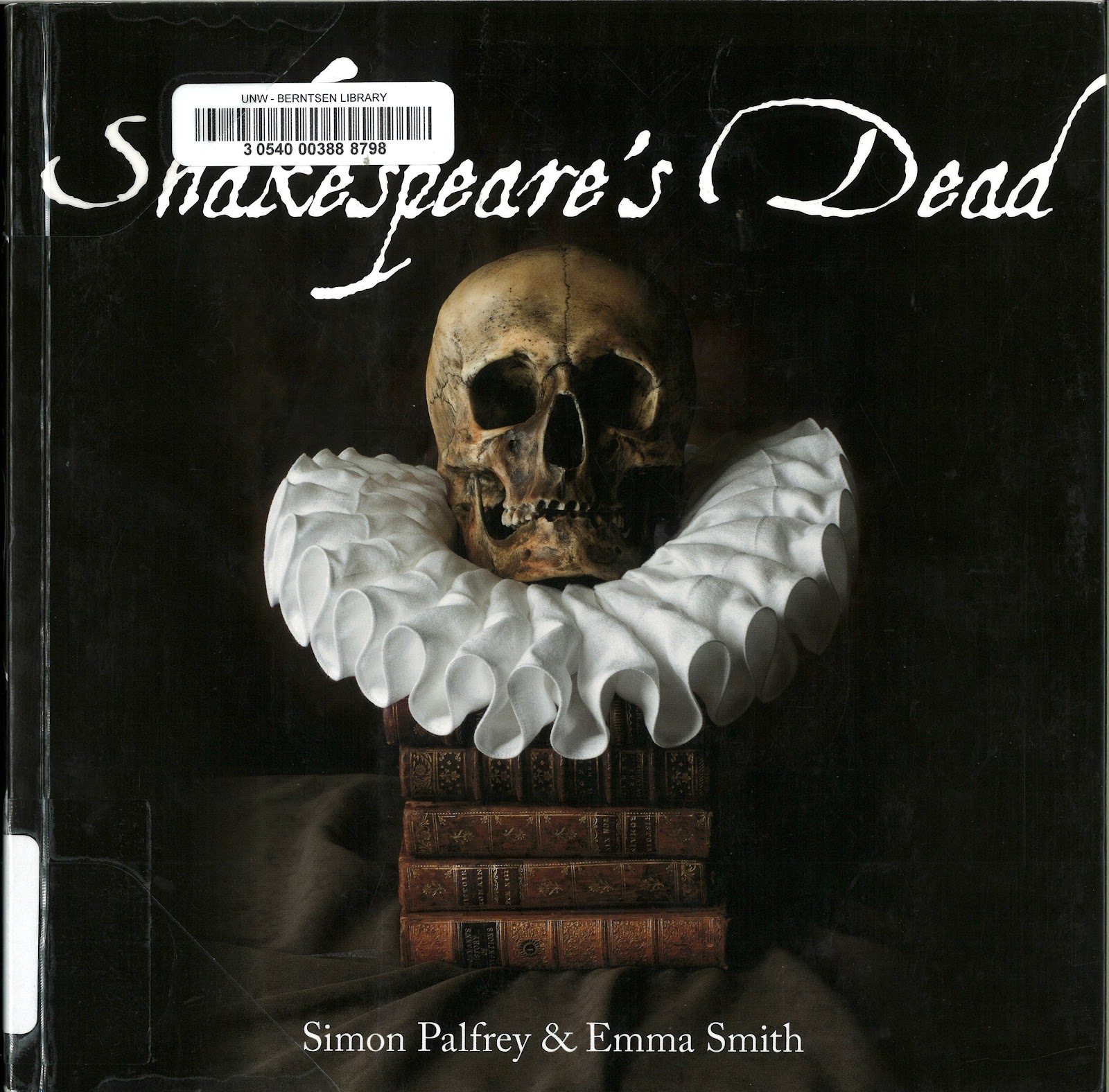 Without the subtitle, the response to this book might be, "Well—yes.  Literally, yes.  Figuratively, not so much." But it's not a contraction: it's a possessive.

In other words, this is not a proclamation that Shakespeare is dead. Rather, it's a book about the dead of Shakespeare—or, really, ideas about death, dying, and the dead in Shakespeare's day.

Beautiful images complement a rich text that provides readings of death-related elements of the plays and explorations of Shakespeare's culture's ideas of death.

I also greatly appreciate the book's starting point. Where does one go to examine ideas of death in Shakespeare? The most famous Shakespeare quote of them all, right? In this case, no. We go to Measure for Measure to learn what Claudio and the Duke have to say about it.

I can't give you that whole chapter—it's too long—but I can give you a sampling of the writing and the images you'll encounter. 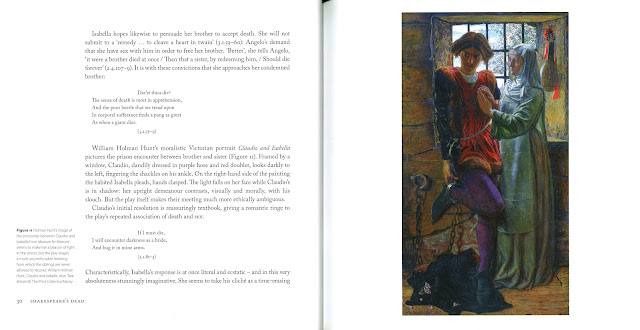 It's a great book—well worth a gander.
Click below to purchase the book from amazon.com
(and to support Bardfilm as you do so).