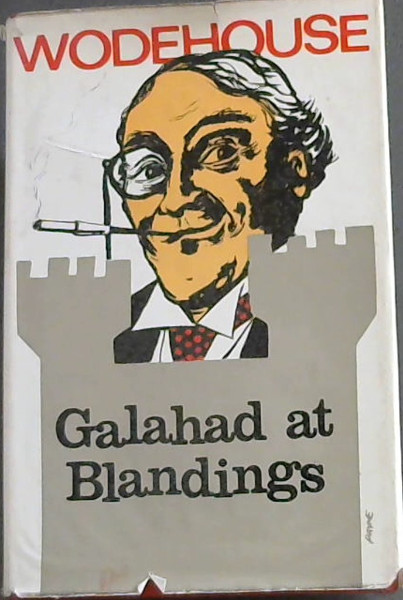 Wodehouse, P. G. Galahad at Blandings. Woodstock: The Overlook Press, 2009.
When we enter the world of P. G. Wodehouse, we find ourselves filled with marvelous metaphors, intriguing plots (or, arguably, one intriguing plot repeated with dozens of variations), and a host of biblical and literary allusions and quotations.
Because they're so stylistically integrated, Wodehouse fans often take a chance in extracting their favorite Wodehouse moments. But I'm going to risk it with one of Wodehouse's Blandings novels.
My impression is that most people who know Wodehouse know the Jeeves and Wooster novels and short stories—possibly because of the very popular (at least in its day) Jeeves and Wooster series staring Hugh Laurie as Bertie Wooster and Stephen Fry as Jeeves, Wooster's brainy valet. If you don't know the Blandings books, you're missing out, but you can start catching up here.
And you can get more specific with a plot summary of Galahad at Blandings here. Take the time to glance through it; that way, the excerpts below will have a bit of context.
All set? Then let's proceed. I just want to present you with some representative uses of Shakespeare (with one other favorite passage) that take us through that plot and show Wodehouse's mastery of his source material. 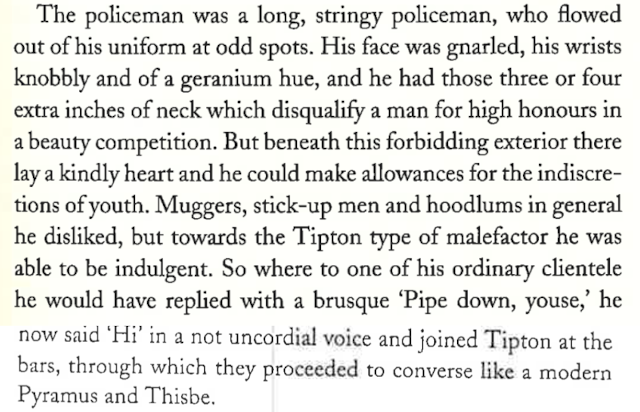 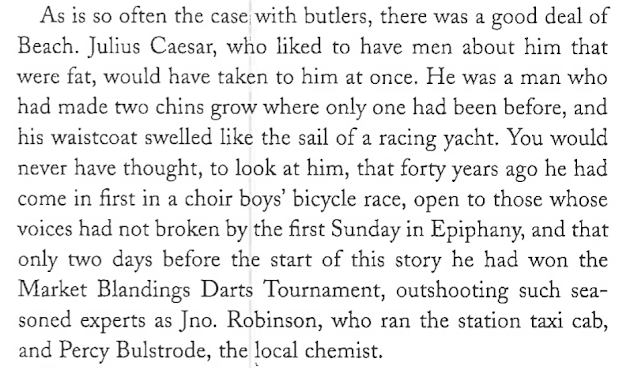 And that's just one novel's worth! Imagine what other delights await us!
I know it's hard to get the feel of these things from brief excerpts—so try an entire novel. But I suppose I should warn you . . . it can become addictive—especially if you get your hands (or ears?) on audiobook versions of them!
Click below to purchase the book from amazon.com
(and to support Bardfilm as you do so).

Wodehouse, P. G. Heavy Weather. Middlesex: Penguin Books, 1981.I find it hard to resist including two of the funniest Wodehouse moments of all time—even though neither has anything to do with Shakespeare. So I'm not going to. Resist, that is. I'm not going to resist.
Here are two of the funniest Wodehouse moments of all time. They both come from another Blandings Castle novel: Heavy Weather. In the first, we look over the shoulder of Lord Tilbury as he reads an article that was printed in the latest issue of Tiny Tots, the children's periodical he publishes (those in America can imagine Highlights magazine). Monty Bodkin, a recent hire, has been put in charge of the "Uncle Woggly to his Chicks" section of the magazine. Here's what he thought appropriate for that audience: 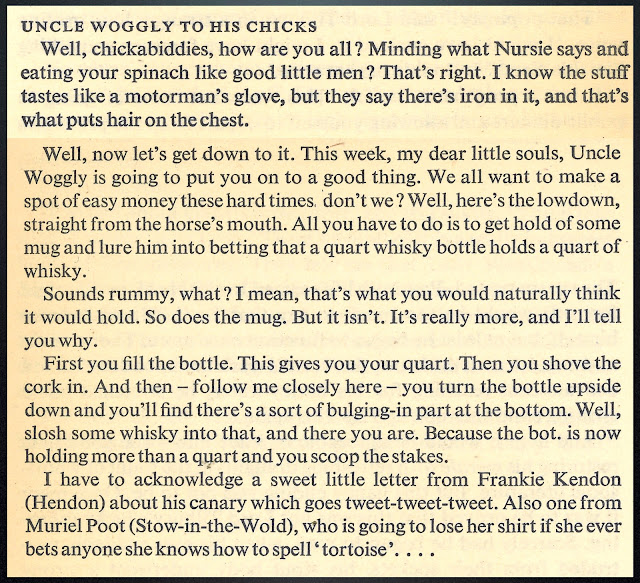 When Monty Bodkin is called in to get the sack, he's worried that Lord Tilbury is worried that the information might be inaccurate . . . not that he's been encouraging toddlers to make bets about whisky!
The other funniest moment (at least to me) is a story Galahad Threepwood tells to Sue Brown, the latest imposter to find herself at Blandings. It's not so much the story as the way in which it's told. Observe: 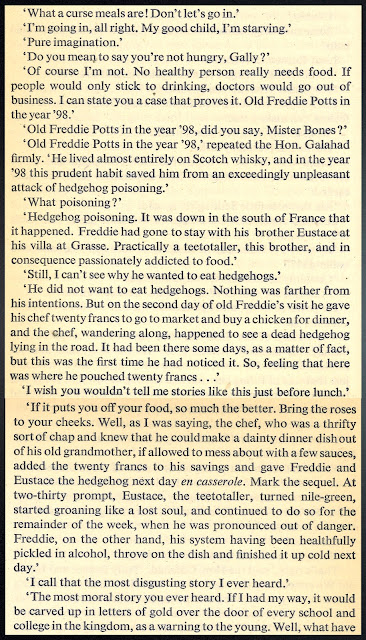