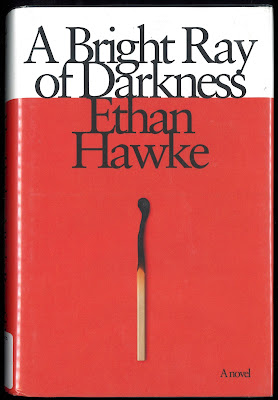 Hawke, Ethan. A Bright Ray of Darkness. New York: Knopf, 2021.Here's another novel that involves a select group of people engaging with Shakespeare. This time, it's a troupe of professional actors.
William Harding, our protagonist and narrator, is a famous movie star whose life is falling apart. He has been unfaithful to his rock-star wife, and all the tabloids (and others) are shouting about it. All that when he's on the verge of his Broadway premiere in Shakespeare's 1 Henry IV.
Ethan Hawke is a famous movie star. Remember his Hamlet (for which, q.v.)? I don't know anything about his private life, but he does have considerable insight into how an actor does the job of acting, which is the part of the novel I found most interesting.
In that light, let me give you a sample—it's opening night of the play, and Harding is giving the role of Hotspur everything he's got.  [As a quick note, this novel is heavily on the R-rated side in general.] 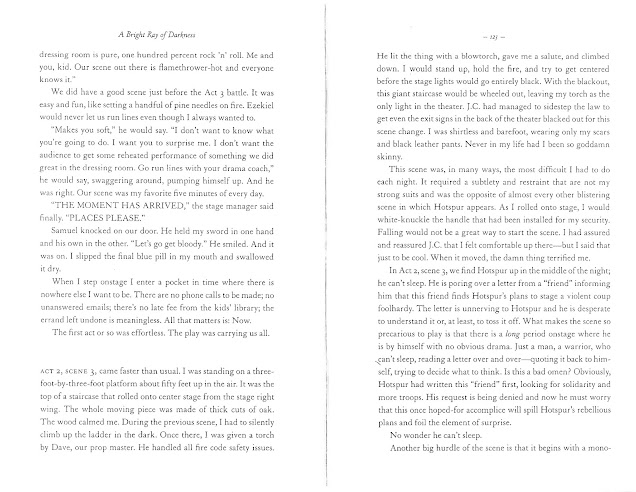 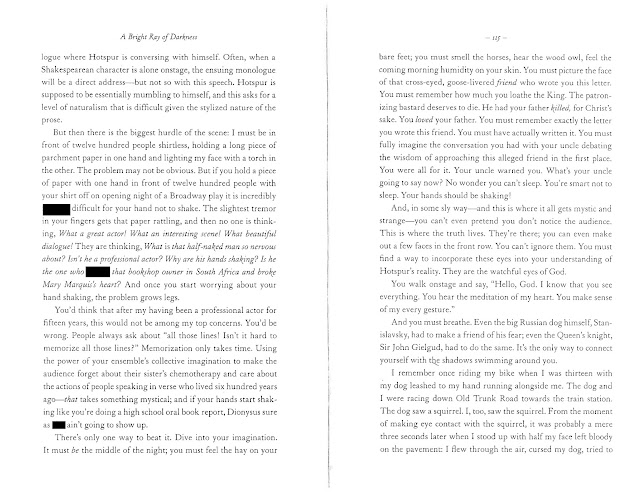 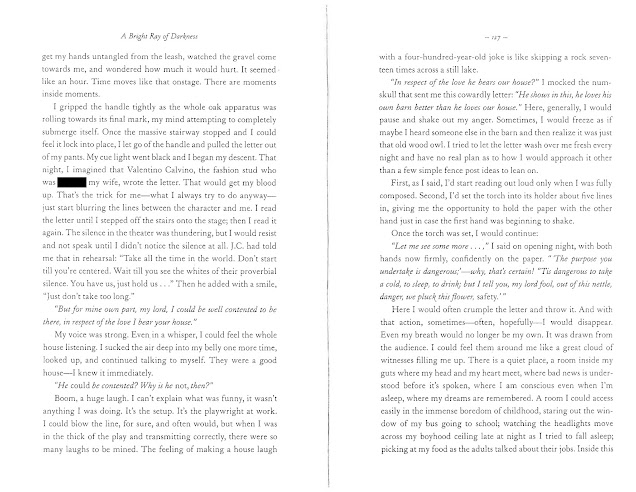 I find that quite insightful.
The connections to the other actors are also developed convincingly—as is the way the director is portrayed.
Finally, I appreciated the choice of play—it wasn't one of the biggies we often find in Shakespeare-related novels. I'm not particularly drawn to the Henry IV plays, but this helped me gain one insider's perspective.
Click below to purchase the book from amazon.com
(and to support Bardfilm as you do so).