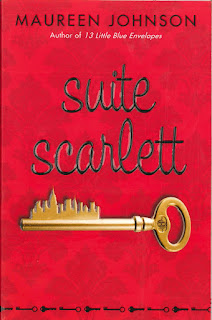 Johnson, Maureen. Suite Scarlett. New York: Point, 2009.
It took me a while to gather up the gumption to read this book, but I'm glad I did. It's a pretty well-written story with a little bit of Shakespeare thrown in.

The plot involves a family that owns an old hotel in New York City. At one point, it was luxurious, but now it's pretty faded. Each child in the family, when they come of age, is given a specific room to care for.

Our protagonist is given a suite that is soon filled by an over-the-top character.

In the meantime, her brother is trying to convince his parents to let him pursue acting as a career. He has a role in an Broadway production of Hamlet (well, the address is on Broadway, but it's in no way part of the legitimate theatre.

That's where the Shakespeare enters in. Here are a few sample pages: 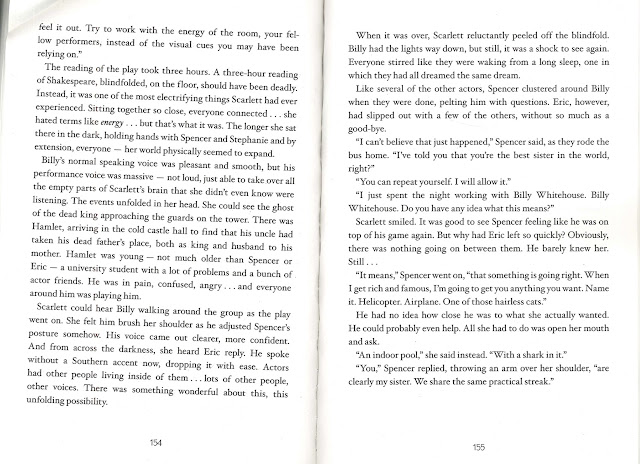 The book isn't my general cup of tea, but I did appreciate the characters and the integration of the Shakespearean elements of the plot.
Click here to purchase the book from amazon.com.
Copyright 2008-2039 by kj at 12:42 PM