Agatha Christie Always has Time for some Shakespeare 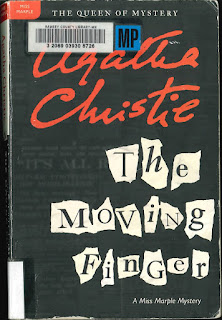 Here's the reason I'm asking that question. I listen to a lot of audiobooks.  Every couple years, I get on an Agatha Christie kick and listen to a number of her novels. And I'm always impressed and satisfied when I find an allusion to or quotation from Shakespeare.

I heard one when listening to The Moving Finger, a Miss Marple mystery.

But when I checked out a physical copy of the novel—in order to inform you, dear readers, of the reference—it wasn't there!

I listened to the beginning of the novel again, and it certainly was there. I checked out a different edition of the novel—and it still wasn't there!

I finally found an edition that has the exchange in question. Megan, one of the younger people in the village, is being interviewed by our narrator about the place. As is natural, the conversation turns to Shakespeare. Here's the full exchange: 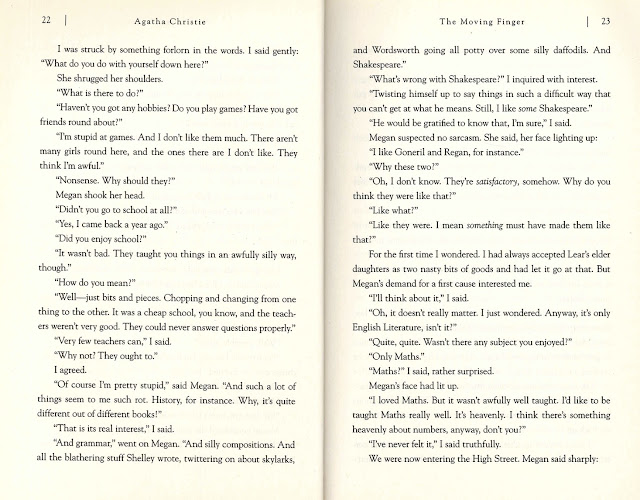 That's from the edition cited above. But observe what happens in the edition published by Black Dog & Leventhal Publishers in 2007. The entire exchange from "Megan shook her head" (22) to "I've never felt it" (23) is cut: 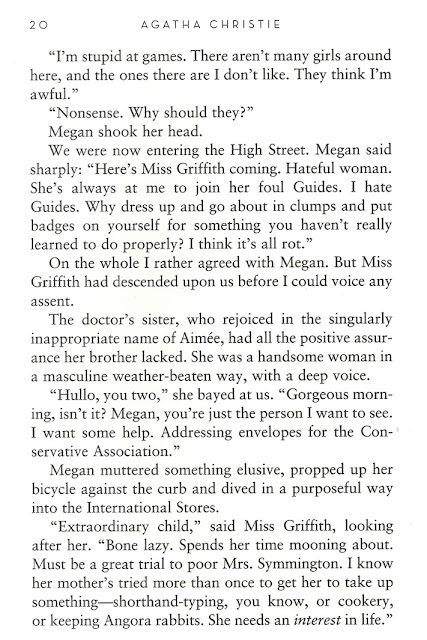 The small but delightful speculation about how Regan and Goneril "were like that" is lost entirely.

Perhaps Jane Smiley—or someone acting on her behalf—decided to expurgate that part of the conversation to increase sales of A Thousand Acres.
Click below to purchase the book from amazon.com
(and to support Bardfilm as you do so).