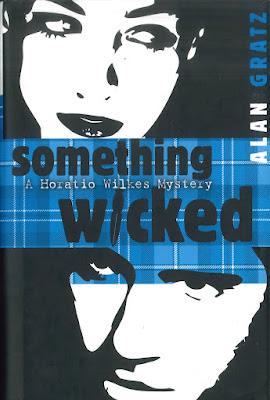 Something Wicked attempts to do the same with Macbeth. However, while Something Rotten is quite successful, Something Wicked isn't. For one thing, Horatio isn't in Macbeth. I got the feeling that the publisher had extended a two-book contract, and this was the contractual obligation novel. Well, it's not as bad as all that, but it's not at all compelling.

There's a Scottish heritage competition on Mount Birnam. Mac is urged on by his girlfriend Beth (who gets him to do whatever she wants by promising or withholding sexual favors) to compete in the competition—if he wins, he'll be declared king of the mountain. That seems pretty light.

But then Horatio finds the body of Duncan—and then the detective work begins. Sheriff Wood investigates, but so does Horatio.

Oh, and there's also a sheepdog named Spot who figures in largely.

The setting is all right, but the characters are neither compelling nor interesting. Most of them aren't even annoying, which would be a reasonable way to garner interest.

Here's a quick sample page from toward the beginning of the novel: 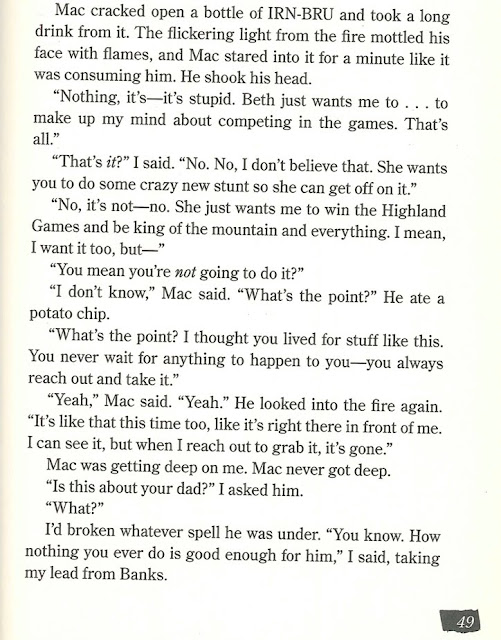 And here's one interesting paragraph from near the end:

That's the sort of thing that's compelling to me—it points back to Macbeth itself and invites us to consider that play in this light.

I bought Horatio as a confidant / guide to Hamlet—but I don't see it working with Macbeth. In short, the first Horatio Wilkes Mystery is pretty good; this one can be given a miss.