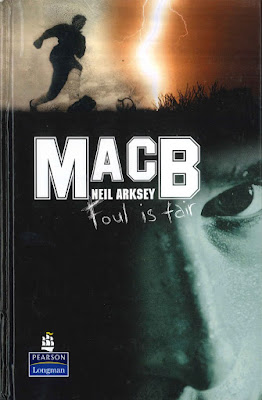 Arksey, Neil. MacB. New York: Pearson Longman, 2004.
MacB is a very brief retelling of Shakespeare's Macbeth. This one is set on the football pitch (that's "the soccer field" to readers in the United States).

The opening question is whether Mac and Banksie will make the team. The book provides some good descriptions of the two playing football (soccer) together.

And then they end up at the fortune teller, and she cryptically tells them . . .

Well, you should read that for yourself. Here's the end of that chapter and the beginning of the next (just for some additional local color): 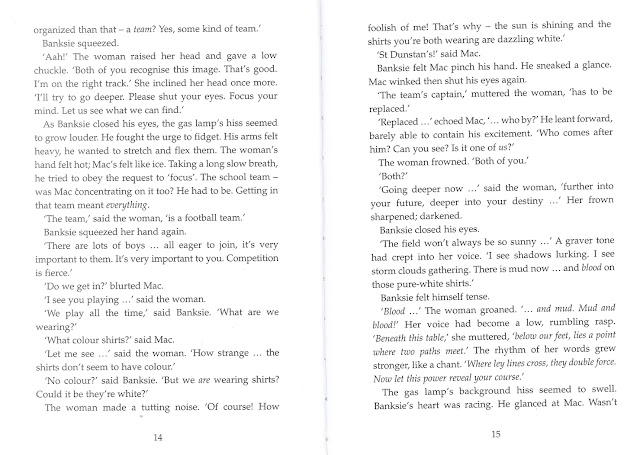 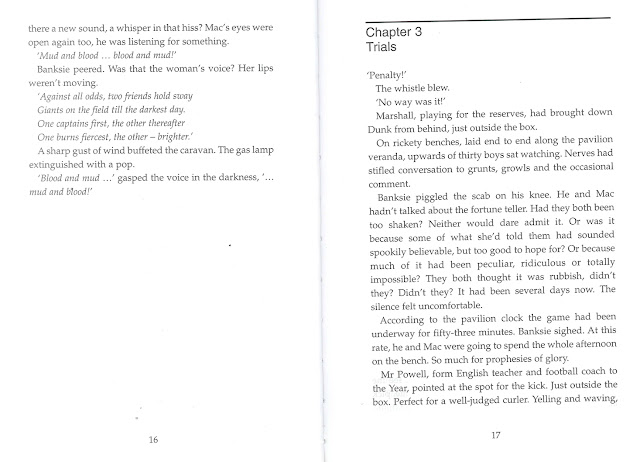 That's our ambiguous prophecy, and it plays out just about how you'd expect it to.

What was a bit unexpected was the end. But don't read on unless you don't mind spoilers.

There aren't any deaths in this story—the team captain is put out of commission by a sabotaged bicycle—so there's not a dramatic death at the end. But Mac does go stark raving mad toward the end. Here's that scene: 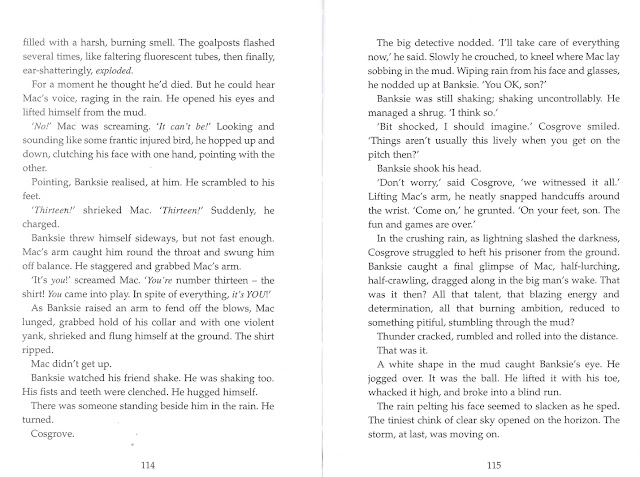 It's a quick, somewhat imaginative retelling of Macbeth that may be a good introduction to the plot of the play for younger readers—particularly those fond of football (soccer).