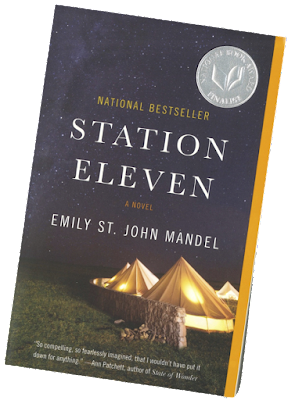 Mandel, Emily St. John. Station Eleven. New York: Vintage, 2015.
I read this book twice in quick succession: the first time because the narrative was enormously compelling and the second time to be certain that the depth of character and theme was really as profound as I thought it was the first time. And it certainly was.

Please don't run away screaming when I start to tell you about the plot. It's a post-apocalyp—

Hey! Wait! Come back! I promise it's not like that!

When I heard that this novel was a post-apocalyptic narrative, I was skeptical. The Hunger Games and Divergent and the rest have soured me to the genre. But this is a masterpiece that uses the idea of a post-apocalyptic world to transcend the genre completely.

I also heard that there was a Shakespeare connection; that pushed me heavily toward reading it.

The novel opens with an actor putting on King Lear—and dying from a heart attack in the middle of Act IV, scene vi.

That night, a devastating pandemic (the Georgia flu) arrives in America. It sweeps across America and around the world, killing nearly everyone who is exposed to it.

The novel then explores what takes place twenty years later—but without leaving the time just before and just after the Georgia flu unexplored. Indeed, that's what I found so masterful and so genre-breaking about this novel: what happens twenty years after and what happens two weeks before the breakout are explored nearly equally in order to make sense out of the breakout, civilization (and its downfall), and the human condition.

In the section set twenty years after the Georgia flu, we mostly follow the experiences of The Traveling Symphony—a group of actors and musicians who have come together in the wake of the collapse of civilization:


The Symphony performed music—classical, jazz, orchestral arrangements of pre-collapse pop songs—and Shakespeare. They'd performed more modern plays sometimes in the first few years, but what was startling, what no one would have anticipated, was that audiences seemed to prefer Shakespeare to their other theatrical offerings.

The Traveling Symphony has, as a sort of motto, Survival is insufficient, which, one of the characters says, "would be way more profound if we hadn't lifted it from Star Trek" (119). The motto implies that there's more to life than mere survival—and the novel explores that theme in all its intricacies and mysteries.

In that (and in the use of Shakespeare), it's a bit like Jean-Luc Godard's King Lear (for which, q.v.), but without Woody Allen as the Fool and without the off-putting Avant-garde segments.

I'm providing two things to inspire you to read this novel. First, the opening three pages (click to enlarge): 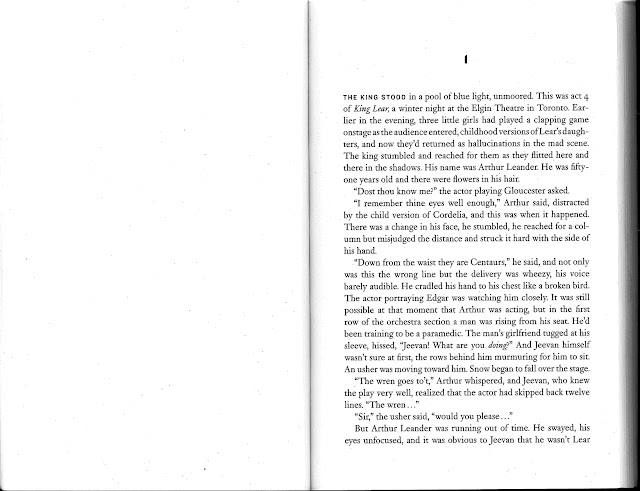 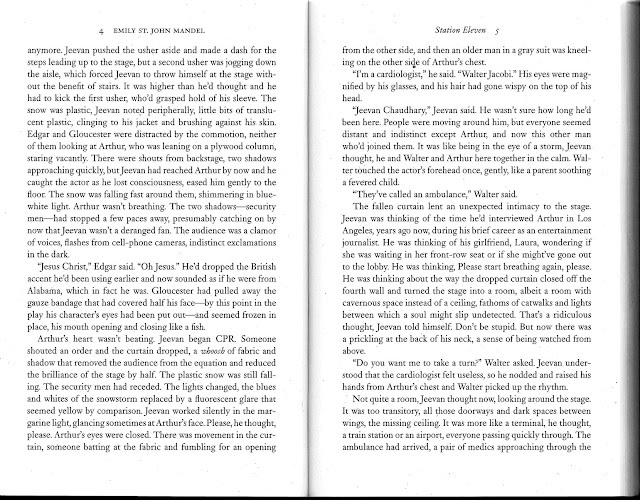 Second, here's a list from early in the novel of what's been lost with the fall of civilization. I found it moving and entirely fitting with the way the novel develops its themes: 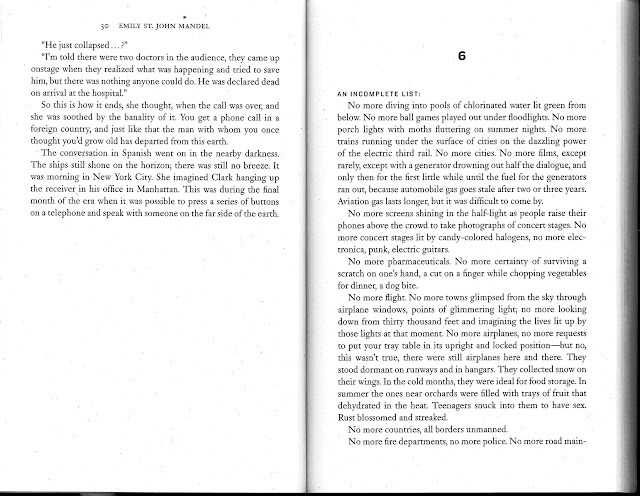 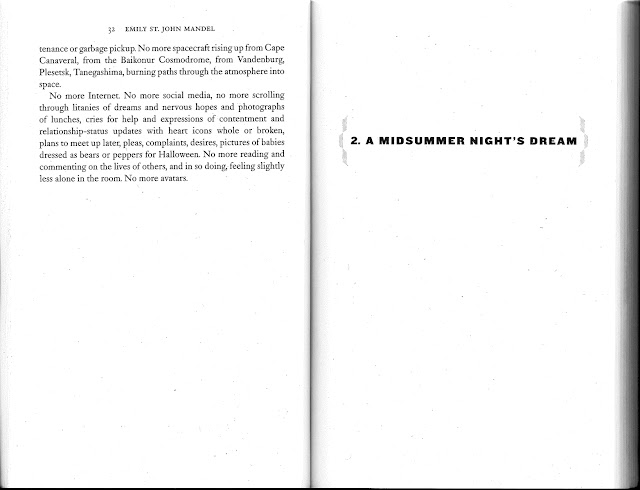 I found the novel to be compelling on a number of levels, and I highly recommend it—and (unusually) not just for the Shakespeare.
Click below to purchase the film from amazon.com
(and to support Bardfilm as you do so).

Bonus Image!  A screenshot of the quote from Star Trek: Voyager: 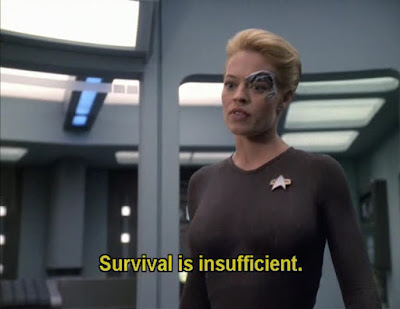