Book Note: Much Ado About Murder 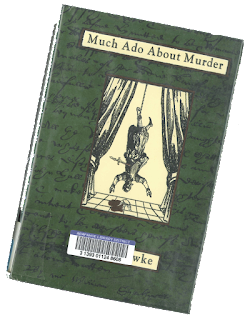 Hawke, Simon. Much Ado About Murder. New York: Tom Doherty Associates, 2002.
I would not normally post a review of a book that I haven't finished, but classes start tomorrow, and I know that I won't have time to give this book the attention it deserves until Christmas break at the earliest.

And I wouldn't review it if I wasn't certain of the claims I'll be making about it. Having read the other three books in the "Shakespeare and Smythe" series and having read fifty pages or so of this book, I can confidently say that it's at least as enjoyable and worthwhile as the others were—and those others were very enjoyable and quite worthwhile.

Though all the books follow the same characters and have many of the same locations, they have considerable variety within those constraints. This is the only one that's felt a bit contrived in its set-up, but I can suspend that element of critique and just sit back and enjoy the narrative.

The novel, like the others, puts Shakespeare's words into others' mouths, leaving the words there for him to pick up and turn into solid dramatic gold later. I'm providing a good example of that in the images below (click on them to enlarge them). You'll see how the author plays with the opening exchange between Beatrice and Benedick in Much Ado About Nothing in this scene: 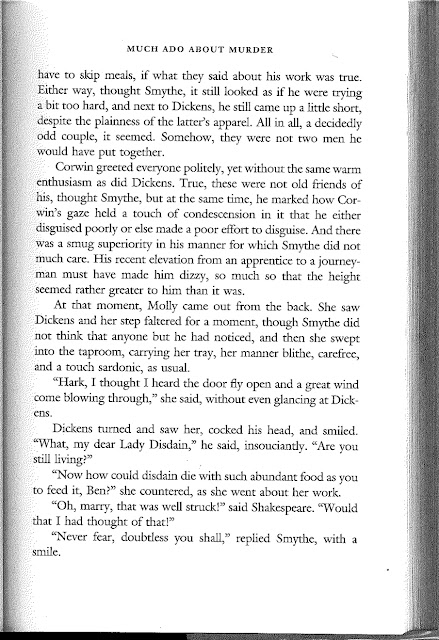 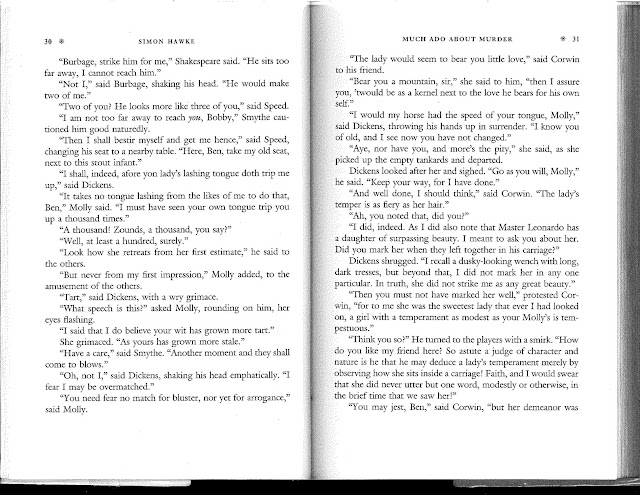 Hawke has done some good work in integrating Shakespeare's lines with his own sense of plot and character, even going so far as to give some of Beatrice's lines to the Benedick analogue.

All in all, it's a good summer read . . . even if I may have to wait until next summer to complete it!
Click below to purchase the book from amazon.com
(and to support Bardfilm as you do so).