Shakespeare, William. Twelfth Night, or What you Will. [Arden Shakespeare, Third Series.] Ed. Keir Elam. Lodon: Centage Learning, 2008.
When Sir Toby Belch, Sir Andrew Aguecheek, and Feste (the jester) meet up in Act II of Twelfth Night, we get this exchange:

Feste: How now, my hearts? Did you never see the picture of "we three"?

The footnote to the Arden Shakespeare (Third Series) explains this in this way:


. . . alludes to a painting or inn sign representing two asses or loggerheads; the caption "we three" implicated the spectator—here presumably Feste himself—as the third ass or loggerhead (i.e., fool) . . . (212)

The Shakespeare Birthplace Trust has just such an image, dated from 1600-1625: 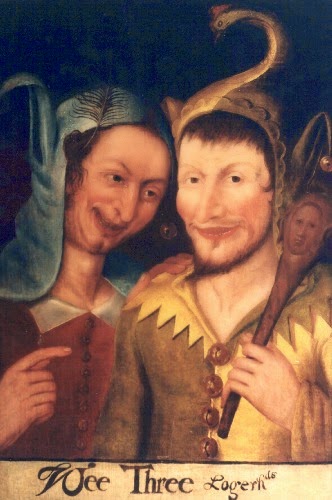 One fool looks at another fool who, in turn, looks out on the third fool: you, the viewer! April Fool!

The audience participation part of the joke is the best part. The observer needs to be present for the "We Three" to be fulfilled.

There are a number of other related images, including these two signs from a pub in Mold, Whales: 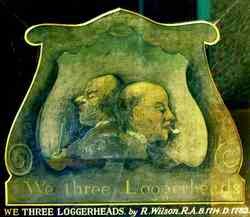 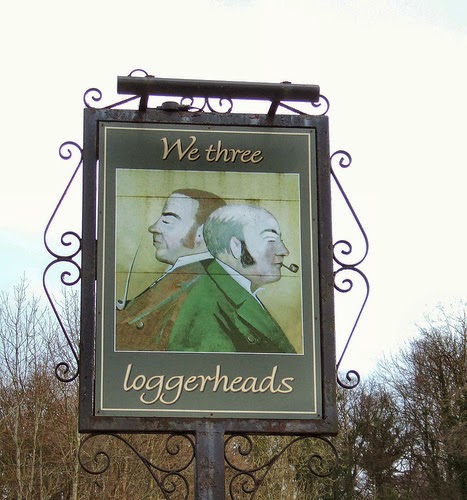 Some images seem to have been created by someone who didn't get the joke and included all three figures in the image itself, leaving out the audience participation: 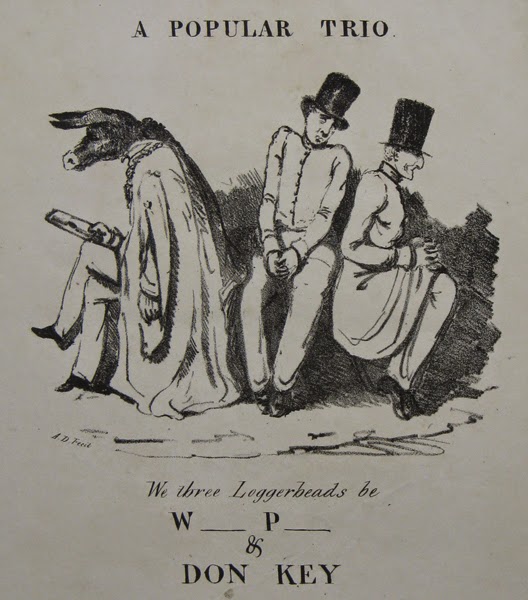 But additionally interesting is the plethora of postcards around the year 1900 that have combined this Shakespeare-era joke with a Shakespeare quote. They're most often (as in the image that heads this post) an image of two donkeys with the caption "When shall we three meet again?" 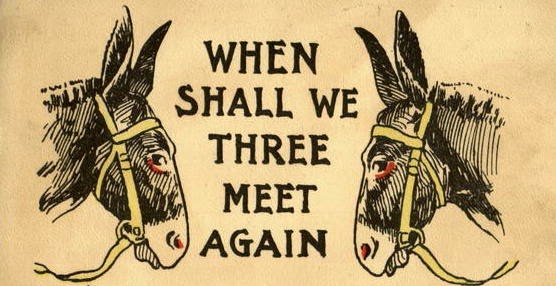 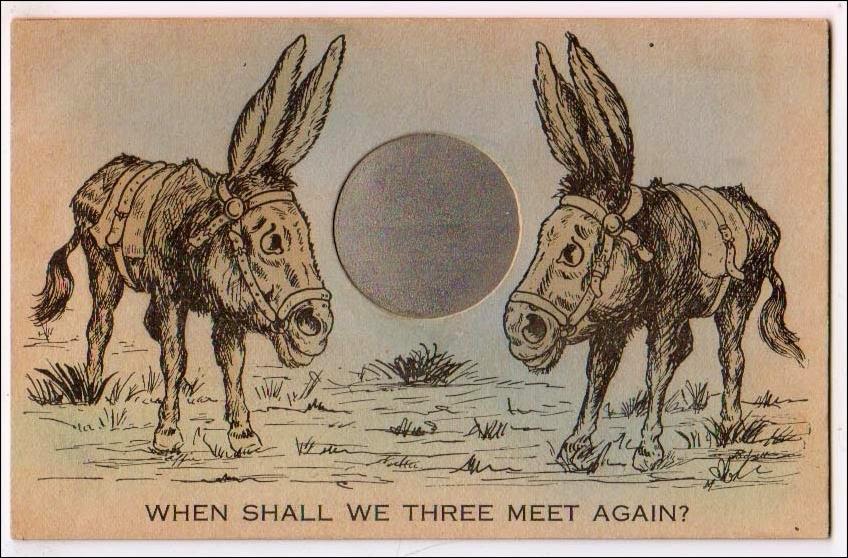 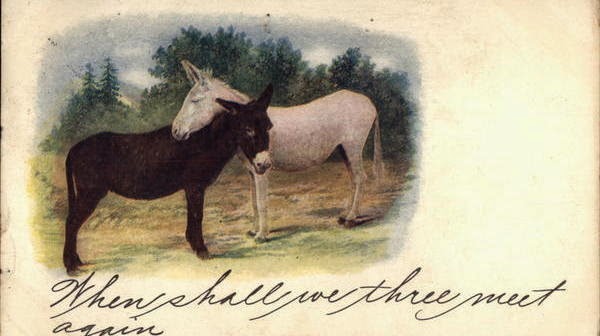 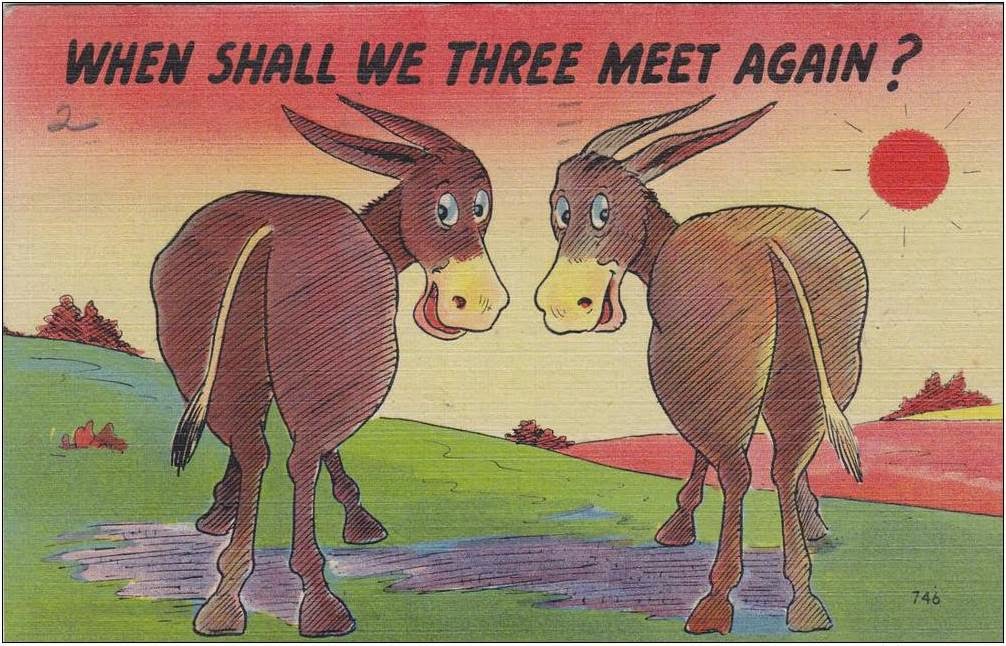 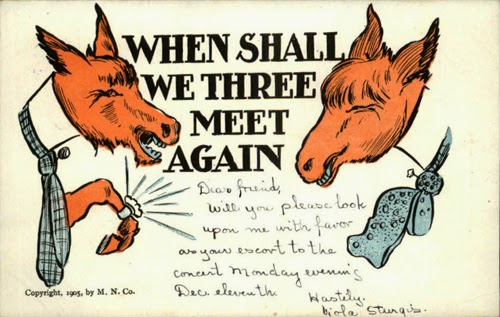 Yes, as I said, a plethora. At least one plethora. Perhaps even a multitude of plethora. Again, I like the audience participation aspect of this. The card with two donkeys and the query "When shall we three meet again?" is sent to a person who is absent. At first glance, it seems like the message being conveyed is on the order of "Wish you were here," but the two donkeys turn it into a clever insult—the recipient is the third ass of three.

And remember, if you ever look at an image like this, it means that someone is calling you a donkey: you become the third ass of three.  This April Fools' Day, don't let anyone fool you with a similar joke.

Oh, wait—I just did. A plethora of times.  April Fool!
Click below to purchase the Arden edition of the play from amazon.com
(and to support Bardfilm as you do so).