Quirky Shakespeare in Being John Malkovich 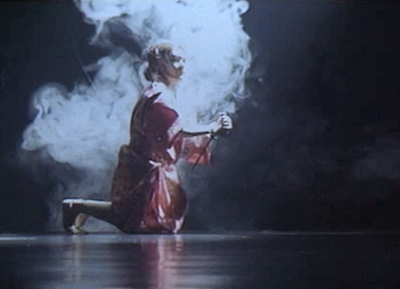 But the following use of Shakespeare is far more amusing than those incidental Shakespearean interjections. In this scene, John Malkovich's body, inhabited by a formerly-under-appreciated puppeteer, is watching a documentary about himself. Listen to what the announcer says about Malkovich's future:


The key line—"Well, to quote the Bard, 'He's got the world on a string'"—is horrifically delightful on a number of levels. The documentary feels a need to work in a terrible pun, but it desires to give some credibility to its own nonsense. The answer? Shakespeare.

The theme is caught up by Malkovich's next line, in which an unnamed and unreferenced authority called "the poet" utters some more seeming nonsense: "As the poet said, 'The puppeteer's voice need not merely be the record of man. It can be one of the pillars, the props to help him endure and prevail,' and I believe that."

[Editor's Note: The line seems to be a parody of William Faulkner's Acceptance Speech for the 1950 Nobel Prize. The word "poet" in the last line of Faulkner's speech has been replaced by the word "puppeteer" in Malkovich's—and Faulkner the novelist has been given the title "poet" instead.]

The overall effect—like the effect of the film itself—is to break down meaning. But it's able to do so in an odd, delightful, disturbing way.
Links: The Film at IMDB.