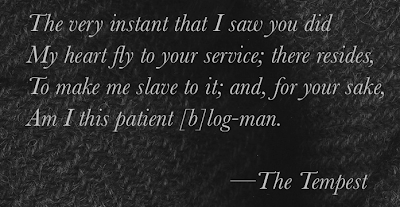 Whether you spell "Bardfilm" with a space or as one word, this is the site for reading about, viewing, and talking about Shakespeare and Film. Whether it's a movie that follows the text of a Shakespeare play, a derivative version of one of Shakespeare's plots, or an allusion to Shakespeare in a television program, Bardfilm is interested in it.

When this blog started, I found the term "Microblog" to be intriguing—or, to be honest, to be usable as a cop-out: If I didn't have time or if I was just plain lazy, I could write a tiny post and say to myself, "Well, it's only a Microblog." Since then, however, the posts and the blog have grown. But the name remains, allowing the occasional cop-out.

Again, welcome to Bardfilm. And enjoy the exceptionally-brief (micro, in fact) promotional video below:


Bardfilm's Shameless Self-Promotion Video
Note: By the way, Bardfilm (one word) is the preferred spelling.