Shakespeare and The Little Rascals? 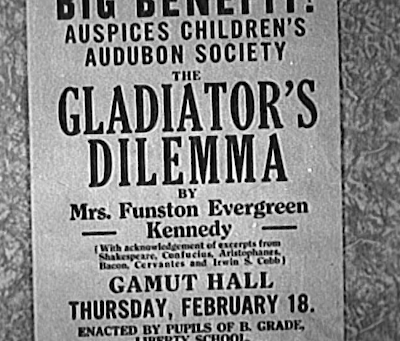 Shivering Shakespeare. Dir. Robert A. McGowan. Perf. Norman “Chubby” Chaney, Bobby “Wheezer” Hutchins, and Mary Ann Jackson. 1930. The Little Rascals: The Complete Collection. DVD. Genius Entertainment, 2008.
Despite the opening shot of a playbill reading, in part, "With acknowledgment of excerpts from | Shakespeare, Confucius, Aristophanes, | Bacon, Cervantes, and Irwin S. Cobb" (see above) nothing more than the titularly parasitic element ties this short Little Rascals film to Shakespeare in general or to any one of his works. There may be something of an authorship joke in having Bacon's name directly below Shakespeare's, but I'm fairly certain that the list of great thinkers and writers is all a build-up to the name of Irwin S. Cobb, an author whose stories were made into films in the early days of Hollywood.

Alas, the film is almost entirely mind-numbingly tedious from start to finish. The Little Rascals are putting on a version of Quo Vadis to deliver high culture to their town. But it's dreadfully uninteresting, unentertaining, and unctuous. Even the slow motion pie fight seems tacked on and obligatory rather than organically arising from the exigencies of the plot (though the slow motion is a nice and thoughtful touch):

I'm afraid this is another dud brought about by Bardfilm's attempt to spoor a potentially-fascinating Shakespearean title to its logical conclusion.

Note: An alert reader pointed out how appropriate it was to post on pie fights on March 14—pi day!


Another Note: I myself showed remarkable restraint in not making any reference to the pie fight in Titus Andronicus—you know, the one where Titus kills Tamora's kids, bakes them in a pie, and serves them to her. I know Bardfilm's readers will appreciate that enormously.

A Third Note: There is something like a food fight in Timon of Athens—I suppose that's relevant to this mostly-irrelevant discussion!
Links: The Film at IMDB.


Click below to purchase all the Little Rascals there are from amazon.com
(and to support Bardfilm as you do so). 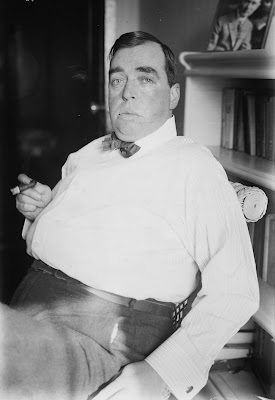 Thank you for pointing out that the pie fight does not arise organically from the exigencies of the plot.

Could you provide an example where the pie scene does arise organically from the exigencies of the plot?

About a dozen organically-arising pie fights spring to mind, but the most notable of them all is the concluding scene from Bugsy Malone. It's carefully integrated and interwoven into the plot. Brilliant.

On a more Shakespearean note, there are two in Henry V: the Pie Fight of Agincourt and the infamous Pie Fight before the Gates of Harfleur, where Henry encourages his soldiers with this line: "Once more unto the peach, dear friends."

P.S. All right, you've caught me in some highfaluting hyperbole! But I stand behind my claim that it's tacked-on. If you get a chance, watch it—you're sure to agree!