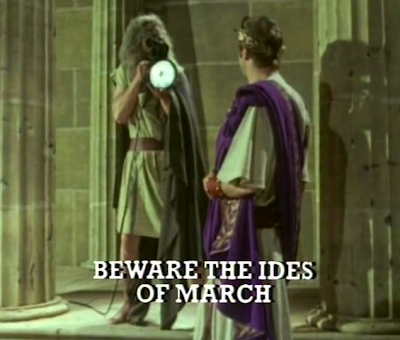 
Caesar: What man is that?

Brutus: A soothsayer bids you beware the ides of March.

Soothsayer: Beware the ides of March.

Or, if you prefer to take the warning by way of Aldis Lamp, here's how Monty Python deals with the scene:

Click below to purchase the complete Monty Python from amazon.com
(and to support Bardfilm as you do so).