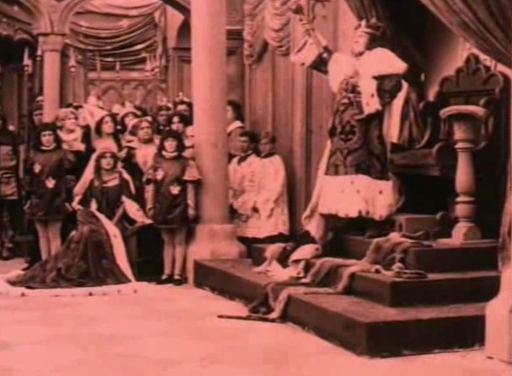 kj. "I’ll Make a King Out of Me (The Richard III Theme Song)." The Potential Musical Version of Richarrd III. Long-time blog readers will know that I often compose songs for my students as a way of reviewing the material.
But I've always been stymied by Richard III. Well, perhaps "stymied" isn't quite the right word. "Uninspired" might hit the nail on the head.
Until this year. The students suggested some options, and we settled on the rallying song from Mulan.
I've thrown together a rough recording of it (in between grading Shakespeare exams and grading Shakespeare thesis papers)—forgive the roughness, but I thought I'd just take a chance and throw it out there.
The song is in the embedded file—the images are incidental to the song, but they're all from versions of Richard III, and that sometimes leads to some serendipity.
Below the file are the lyrics. Enjoy!

Now it is the winter—of our discontent.

We have a King named Edward, who I sure resent.

I can smile and murther while I smile

Forsooth, I’ll make a king out of me.

Hacking through a forest and all rent with thorns,

Wondering if my mother wishes I weren’t born,

But I’ll soon be “Richard Three.”

With luck, I’ll make a king out of me.

I think I’m destined to be a villain

Oi, so many lives are standing in my way!

When I plot, they think that I am chillin’

But you all know the true me.

I’ll grab that crown from you someday!

I must thank God for my humility,

And quote the Bible to serve my purpose.

And listen to The Dark Side of the Moon.

That’s not strictly relevant, but it fits . . . the line.

Buckingham will back me—almost all the time.

He won’t take the princes down,

So Old Tyrrel will work for me.

And then I’ll be a king—Richard Three.

Let it out that Lady Anne’s sick,

But I would wait ’til the coronation.

I have a hunch Richmond won’t do damage—

As long as I have my horse with me.

I’m going to reign like the storm in King Lear

Richard One and Two can’t outdo me.

I planned all this over four whole plays now

Victorious in the first teratology!

I'm amused by the fact that we've now managed to work "girl dresses as boy" into the tragedies instead of letting the comedies have all the fun.