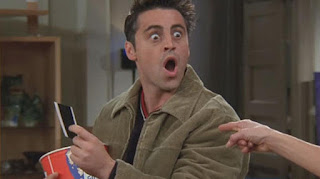 Note: The image at the beginning of this post does not come from the video clip (as is usually the case). But I didn't think anyone really needed an image of Chandler in a bubble bath.
Links: The Episode at IMDB.
Copyright 2008-2039 by kj at 12:05 PM