Book Note: Too Too Solid Flesh 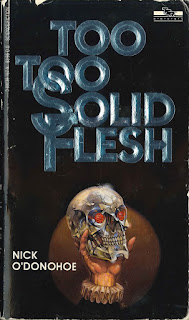 O'Donohoe, Nick. Too Too Solid Flesh. Seattle, Wizards of the Coast, 1989.
This is another of the books that I tackled so that you can run far away from it into the end zone.

I kept trying this book on and off throughout the summer. It took a long time because there were always books that were better, more gripping, and more attuned to the Shakespeare vibe I hope for in a work of modern Shakespearean fiction.

Too Too Solid Flesh takes us to a future in which all the acting is done by androids—and most of the audience appears to be androids as well.

There's also a murder. Someone high up in the echelons of those who program . . .

You know what, never mind. It doesn't matter, and I didn't pay that close attention.

We have an android Hamlet and an android Horatio (only he's actually a human disguised as an android to investigate the murder).

Here are the only two pages I thought interesting enough to pass along. At one point, they conjure up android (or possibly hologram) Humphrey Bogart and Ingrid Bergman—just to have a chat with them. 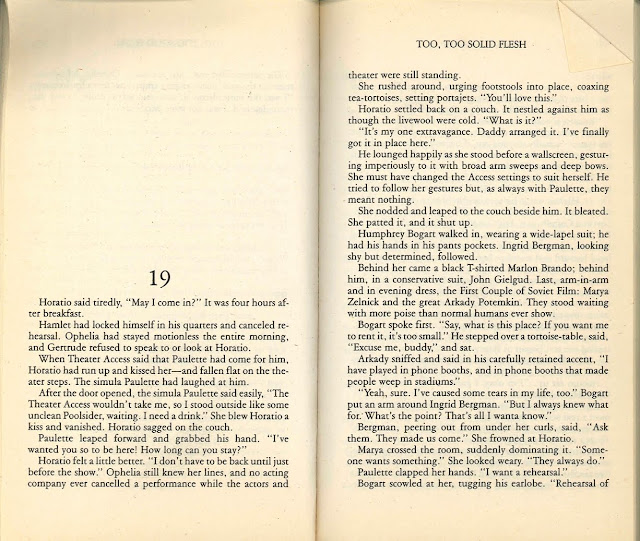 Later, Shakespeare himself shows up. Well, an android version of him does. Here's what happens when he does: 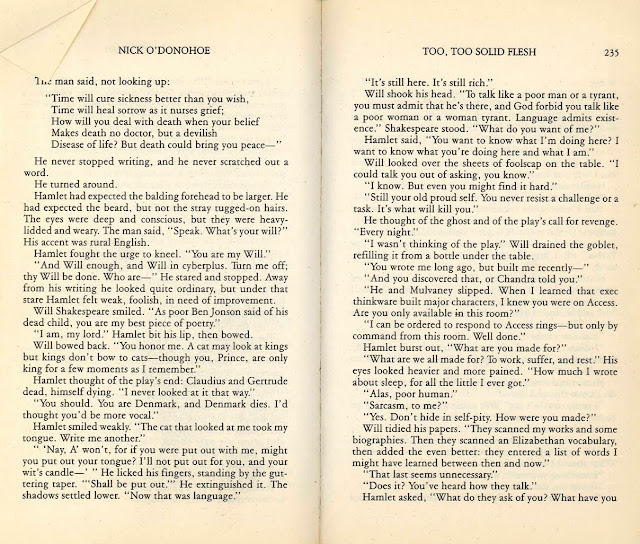 As you can see, there's just not much here. Steer clear.
Click below to purchase the book
(despite those last two words of warning)
from amazon.com
(and to support Bardfilm as you do so).