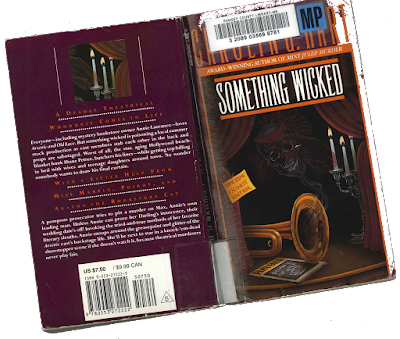 Hart, Carolyn G. Something Wicked. New York: Bantam, 1988.
And sometimes I just read them so you don't have to.

I don't remember quite how I found out about this book, but I requested it from my library and decided to give it a try.

In the book, a rag-tag band of actors is putting on a production of Arsenic and Old Lace, but someone is sabotaging the production.

Actually, that part didn't happen, but it was a close thing. I felt that the Mystery Machine was going to pull up at any moment.

And there's not much Shakespeare in it at all.

I went in thinking that one of the productions the company was going to put on would be by Shakespeare. Instead, we get a very dramatic moment where an actor quotes from the Scottish play in the middle of a rehearsal. I'll give you that scene: 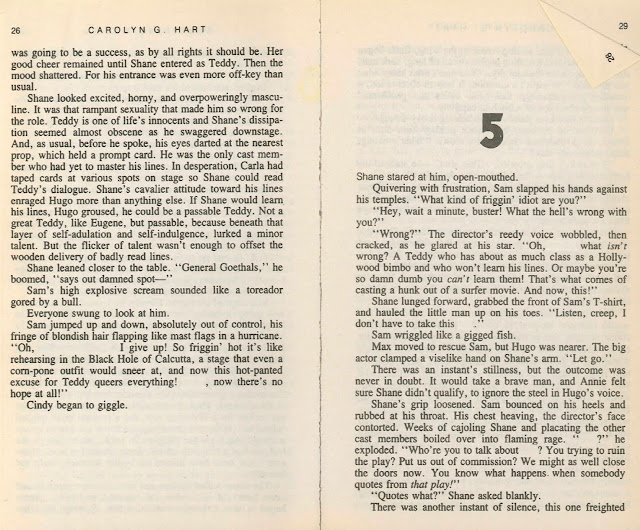 That's very early in the novel—pages 26 and 27—and that's about all the Shakespeare we get for the rest of the generic murder mystery.