Book Note: William Shakespeare and the Globe by Aliki 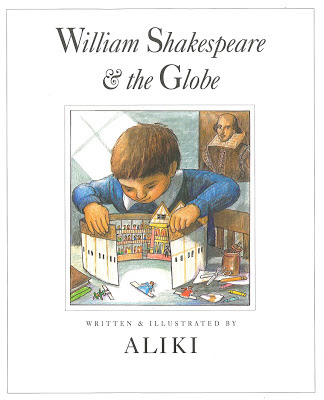 Aliki. William Shakespeare and the Globe. St. Louis: Turtleback Books, 2000.
Avi had a take on Romeo and Juliet; Aliki has a take on Shakespeare's biography—and on Sam Wanamaker's construction of the new Globe Theatre.

I'm very fond of this children's book. It's marvelously illustrated, and it's in sync with the current scholarship on Shakespeare's life and times.

I've included two separate images below that show something of the range that the book covers. Aliki tells us about William Shakespeare's young days in "Act One" (click on the images below to enlarge them); later, we get a good sense of the other people in Shakespeare's life—the actors and the rivals.

It's a great book for anyone, but it's particularly good for kids to get a good sense of who Shakespeare was and what he did. 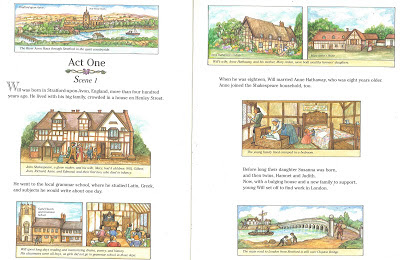 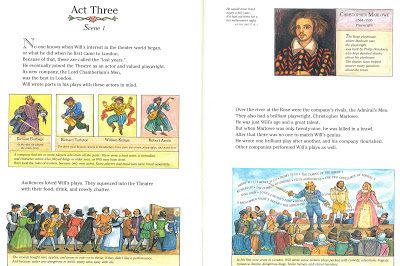 Act Three
Click below to purchase the book from amazon.com
(and to support Bardfilm as you do so).