Shakespeare in Get Fuzzy 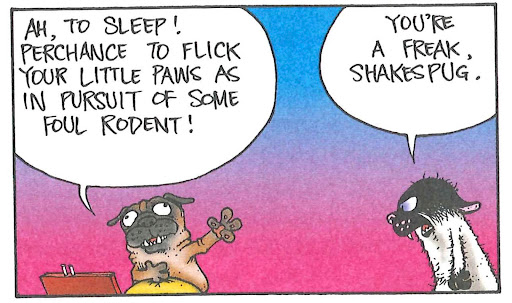 Conley, Darby. Dumbheart: A Get Fuzzy Collection. Kansas City: Andrews McMell, 2012.We've covered a number of Shakespeare-related comics here at Bardfilm, but we have never ventured into the Get Fuzzy world.
It's a bit of a shame because there's some pretty good material there.
For example, the comic introduced a character called "Shakespug"—a dog (a pug, if it isn't clear) who spends a lot of his time quoting Shakespeare.
Here are some samples with a bit of commentary from time to time. 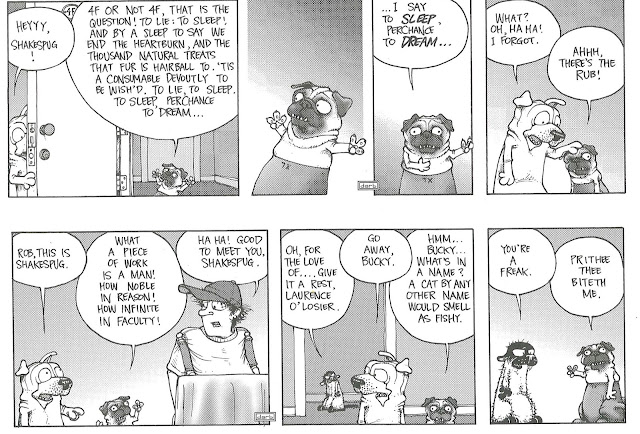 Bucky is the main cat character in the comic, so it's clear that he would be upset by the introduction of any new character. 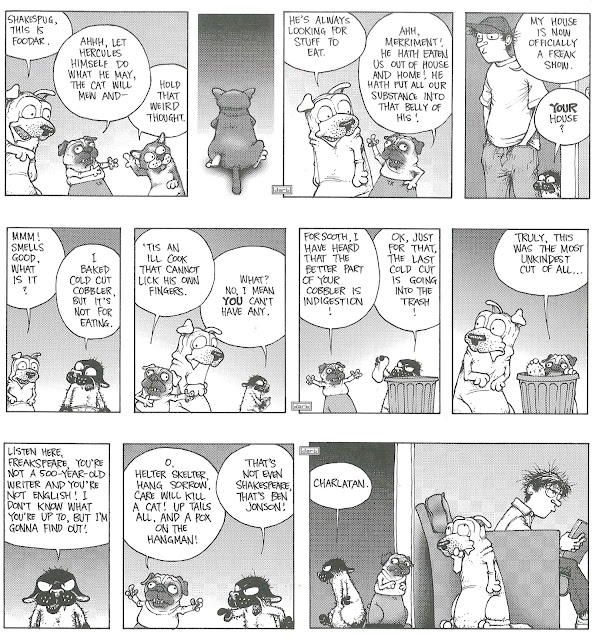 That one provides a nice variant! I'm glad that Shakespug is caught out in trying to pass off quotes from Every Man in His Humour as Shakespeare. And I'm even more amazed that Bucky (who is generally presented as not having the keenest of intellects) calls him out on it, recognizing a Ben Jonson quotation trying to pass itself off as a Shakespeare quote.

There, again, we have a nice, more obscure direction. The quote (slightly misquoted) is from Two Gentlemen of Verona. It's not the place everyone would go.

Alas, I suppose even the greatest Shakespeare scholars can't always call to mind the most relevant quotations from Shakespeare at the exact moment when they would do the most good. I know it's happened to me—but let's be silent and not speak of that.
Click below to purchase the book from amazon.com
(and to support Bardfilm as you do so).