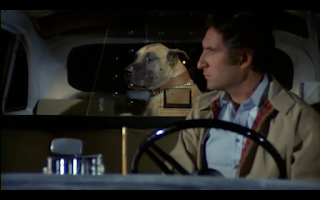 Shakespeare turns up in other Taxi episodes, mostly related to Bobby. There’s one where Bobby and a young actor new to NY enact the confrontation between Romeo & Paris at Juliet’s tomb (“Wherefore art thou Bobby?”, season 2). There’s another where Latka is going back to his home country as a soldier and Bobby does a quote from Antony & Cleo (“Latka’s Revolting,” season 2). There’s another one where Bobby loses a big role and does another Shakespeare speech which I don’t remember (I think it’s in “Bobby Doesn’t Live Here Anymore,” season 4).
And those are just the ones I remember!

Good grief, Anonymous! Who are you, and how do you know so much about Shakespeare in Taxi?

Thanks for the information! I'll start tracking it down. I really appreciate knowledgeable people sharing their knowledge in this way.

I also know that there's a lot of Shakespeare in M*A*S*H, but I haven't gathered everything there . . . yet.

Thanks again, Anon (if I may). Take care!

Hi kj! I'm a lover of classic sitcoms, classic movies, classic britlit and, of course, Shakespeare. I run a monthly Shakespeare discussion group at my local library (now on Zoom, of course). And I'm obviously someone with a lot of time on my hands! But though I've seen M*A*S*H quite a bit, I'm not as familiar with it as with some other sitcoms, so I'm afraid can't help you with that.

Just off the top of my head... There are loads of Shakespeare references in Frasier (you're probably familiar with the episode featuring Derek Jacobi as a really bad Shakespearean actor), and there's an episode of Cheers where Diane performs Othello opposite a psychopath and nearly gets strangled. No doubt you've seen the Andy Griffith show where Andy retells the story of Romeo & Juliet in his own inimitable way. And of course, the I Love Lucy episode with guest star Orson Welles!

The writers of classic sitcoms were highly literate and witty, and I've come across many Shakespeare quotes & references in them. Probably at least as many as you'll find in the novels of Trollope - though I can't remember any of them referencing "still climbing trees in the Hesperides," as you find in Barchester Towers!

Andy Griffith? I know the audio versions of his retelling of various plays, but I haven't written about them.

There's also Sanford and Son, The Cosby Show, The Twilight Zone, et cetera. And I have a list of M*A*S*H episodes that have Shakespeare, but I haven't gotten to them yet.

Can we all come to your discussion group? I imagine it would be a lot of fun!

Filling in a detail here: In the Taxi episode Annonymous mentions called "Bobby Doesn't Live Here Anymore," Bobby stares out the window after having his dreams shattered and recites the beginning of the Friar's II.iii. speech in Romeo and Juliet: "...Titan's fiery wheels."

I'm a high school English teacher, and I've taught R&J 75+ times, so I recognized the line.

Thanks for adding to the tally mr._gauthier!

Man, you are all awesome. I'm tracking down all of these episodes, just finished this one from Taxi, it brought me here. Glad to see people are still enjoying great old-school tv. Cheers, everyone! (No pun intended lol)