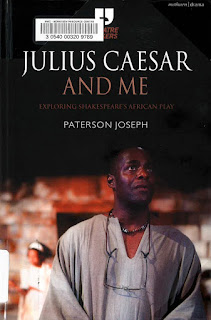 Joseph, Patterson. Julius Caesar and Me: Exploring Shakespeare's African Play. London: Methuen Drama (Bloomsbury), 2018.
I wrote briefly on the Julius Caesar with a modern African setting that was directed by Gregory Doran (for which, q.v.). Since then, I've taught the film, written about it elsewhere, and used it as part of a few presentations.

And now, Patterson Joseph, the Brutus from that stage play and film, has written something of a memoir, autobiography, biography of that production, and critical work called Julius Caesar and Me: Exploring Shakespeare's African Play, and it's fascinating.

The first section is autobiographical—how Joseph became an actor. The second part provides a reading of the play itself—together with some historical context for the play in Africa.  And the third (and longest) section provides a detailed history of Doran's production and Joseph's participation in it.

I'm giving you chapter four as a sample—it will provide a good flavor of the rest of the book. 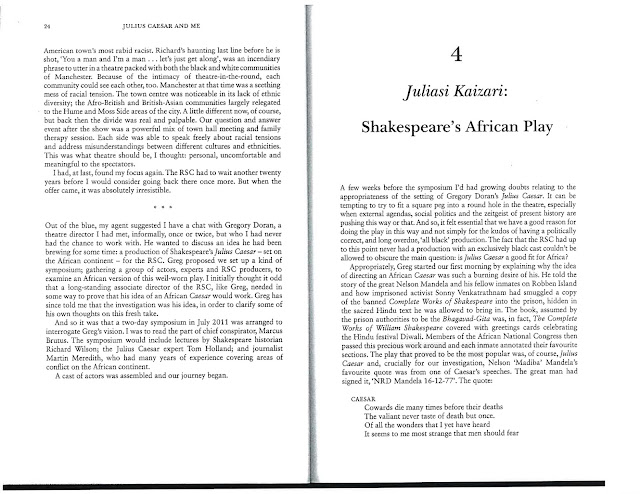 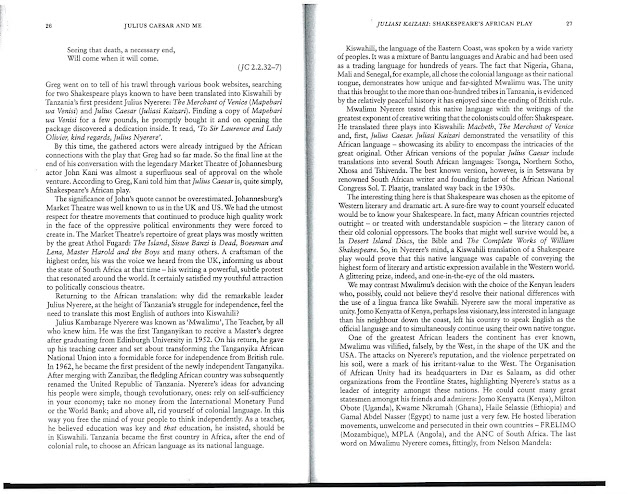 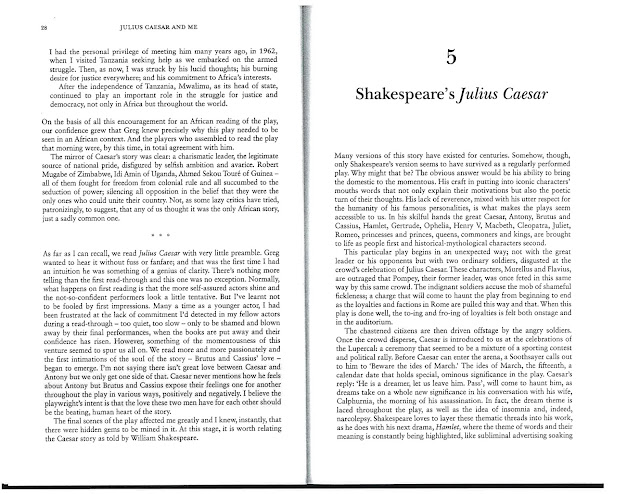 The book is centered on a production history, but there are also many insights into the play—and, particularly, into the character of Brutus.  I was particularly struck by these thoughts about Brutus' second scene (from page 63): 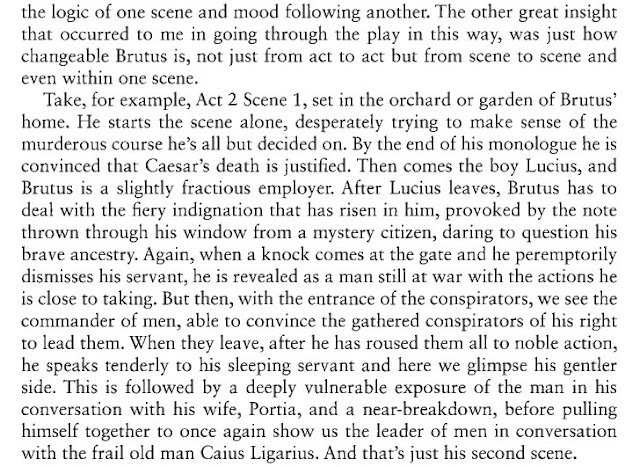 All in all, this was a fabulous book to read. It's very helpful in understanding Doran's production in depth, but that's not all it offers.
Click below to purchase the book from amazon.com
(and to support Bardfilm as you do so).