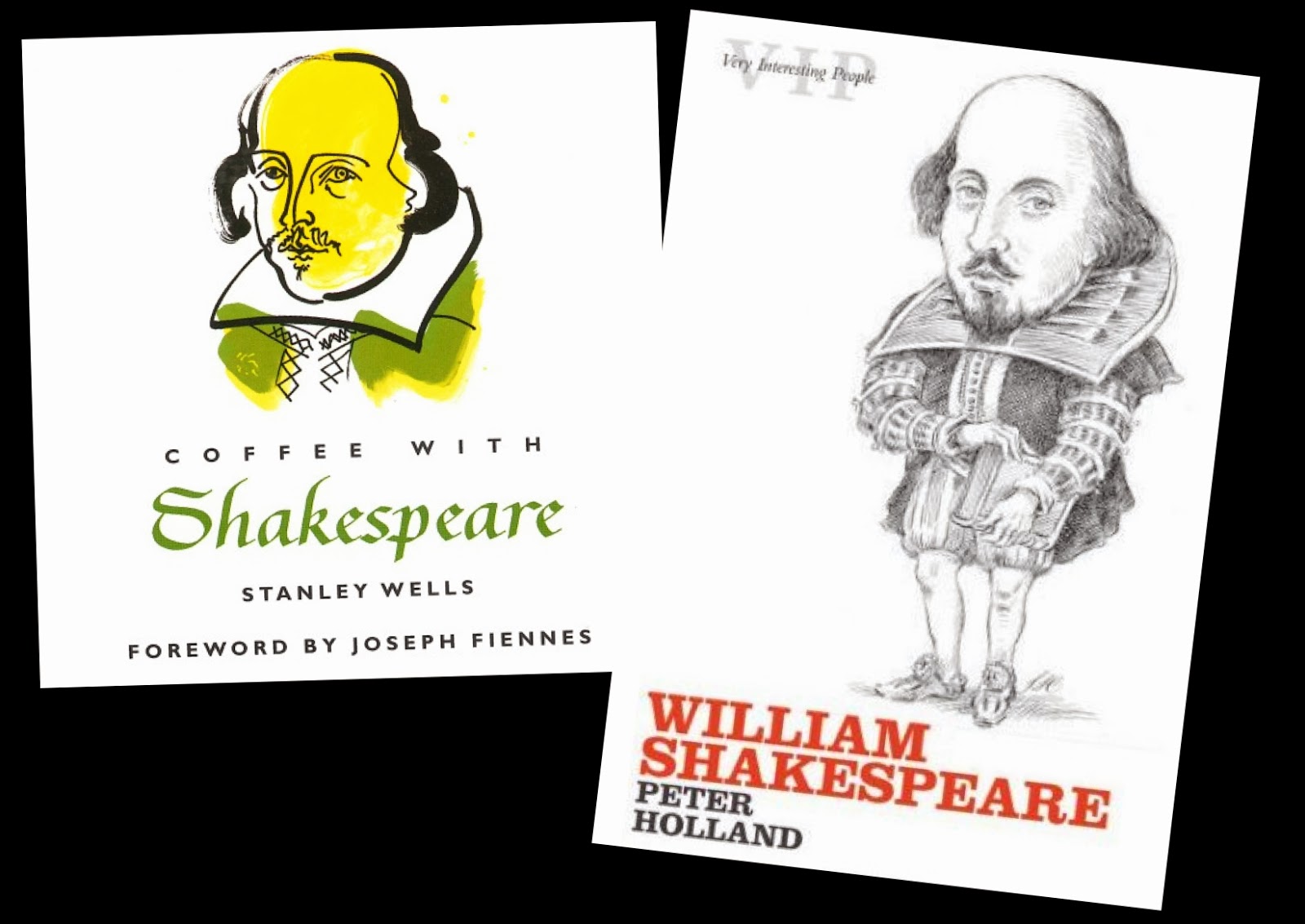 Paul Holland's William Shakespeare, one of the Very Interesting People series of books, is exquisite. It's a reprint of Holland's Oxford Dictionary of National Biography entry, and it adroitly covers Shakespeare's life. But it goes beyond that to be one of the best, most concise accounts of how Shakespeare attained his current position. It's going to be my go-to resource for students asking how popular Shakespeare was in his own day and in the century following his death. It also has a good (though necessarily cursory) overview of stage history, literary derivatives of Shakespeare, and filmed versions of Shakespeare plays. All in all, it was a thoroughly enjoyable, enlightening read.

Stanley Wells' Coffee with Shakespeare was a let down—especially considering Wells' great scholarship and keen writing ability. But perhaps it was just thrown together for the gift shop at the Shakespeare Birthplace. Whatever the case may be, it's an imaginary conversation with Shakespeare over coffee about his life and times. It's a pretty good idea—but it doesn't play out very well. It becomes over-sentemtalized at points; at others, it takes a quick and easy stance on matters that are really quite complicated and nuanced (e.g., the order of the sonnets). I include a few images from the book below to illustrate:

Near the beginning of the book (Shakespeare's contributions are in brown; the questioner's are in green): 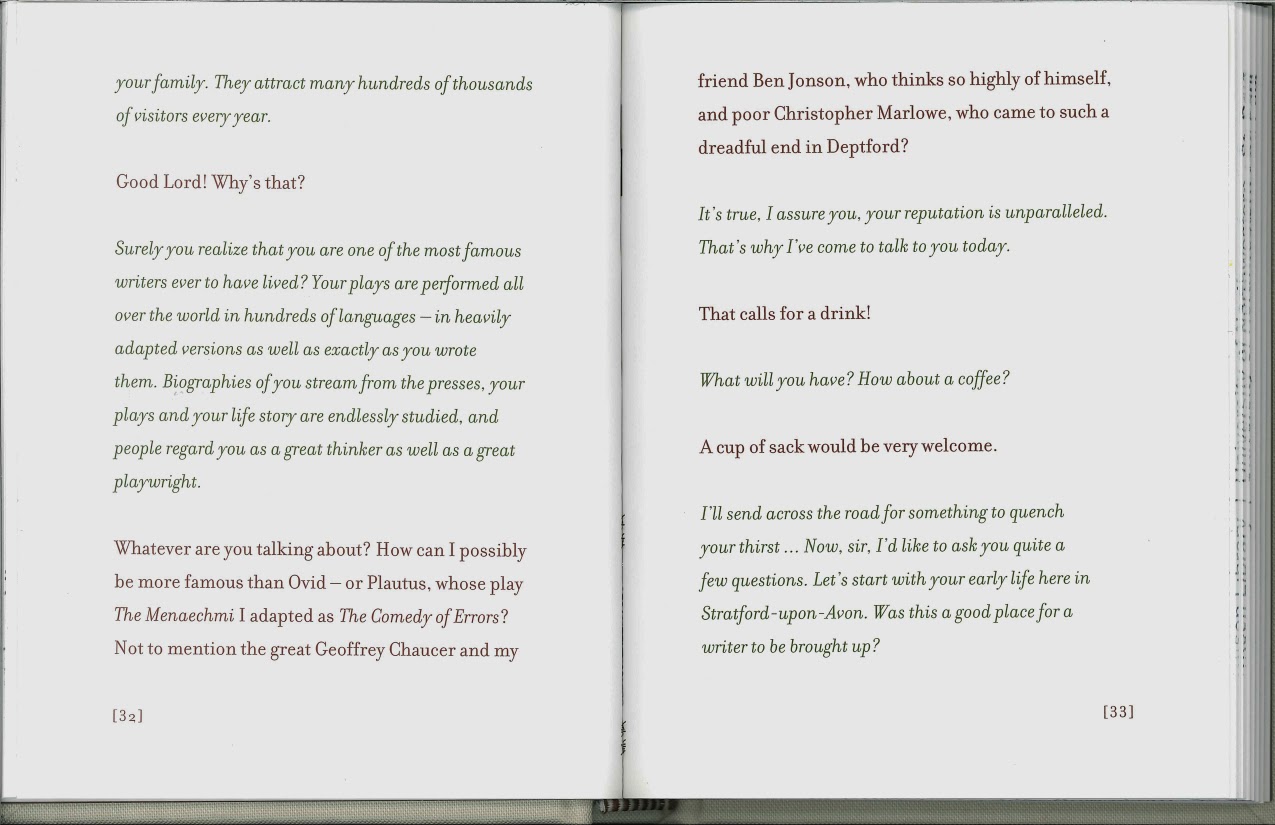 The middle of a conversation about the sonnets: 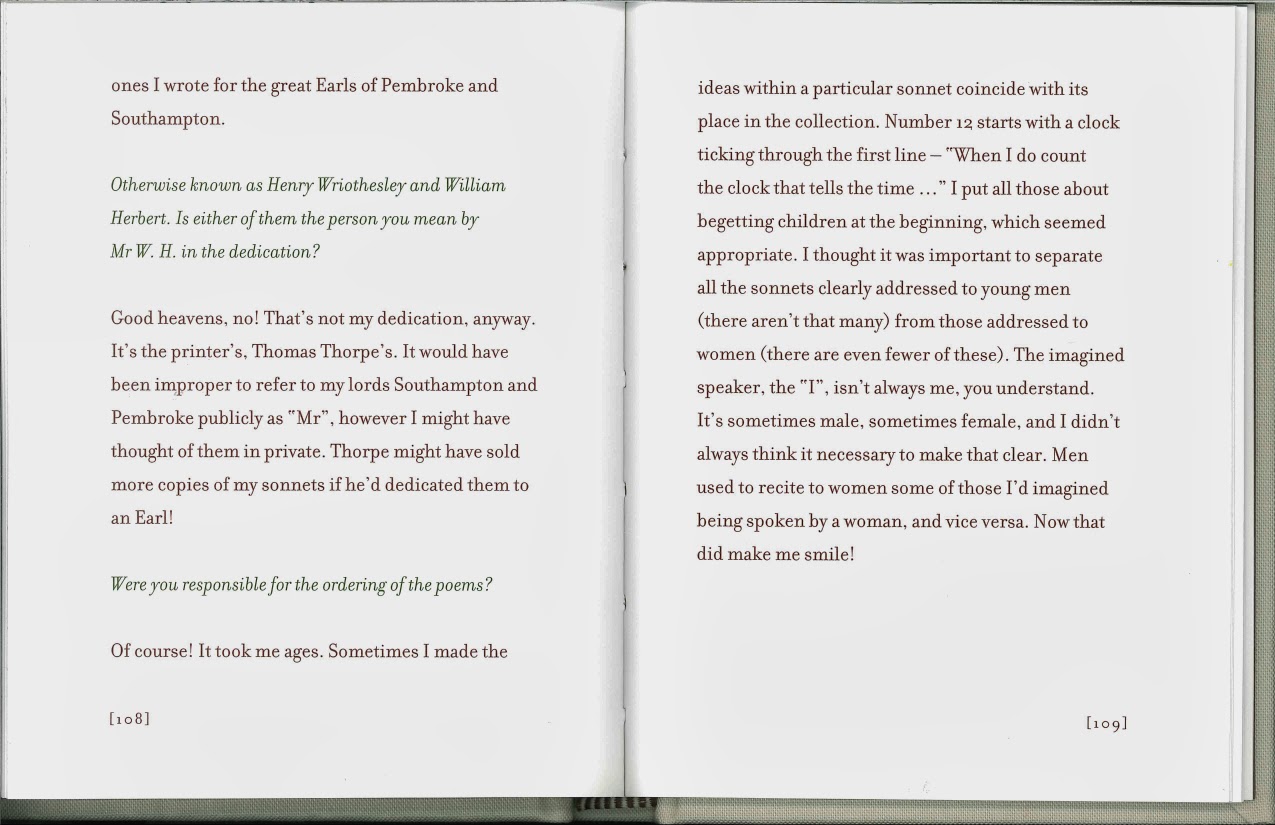 Thoughts about living away from Stratford: 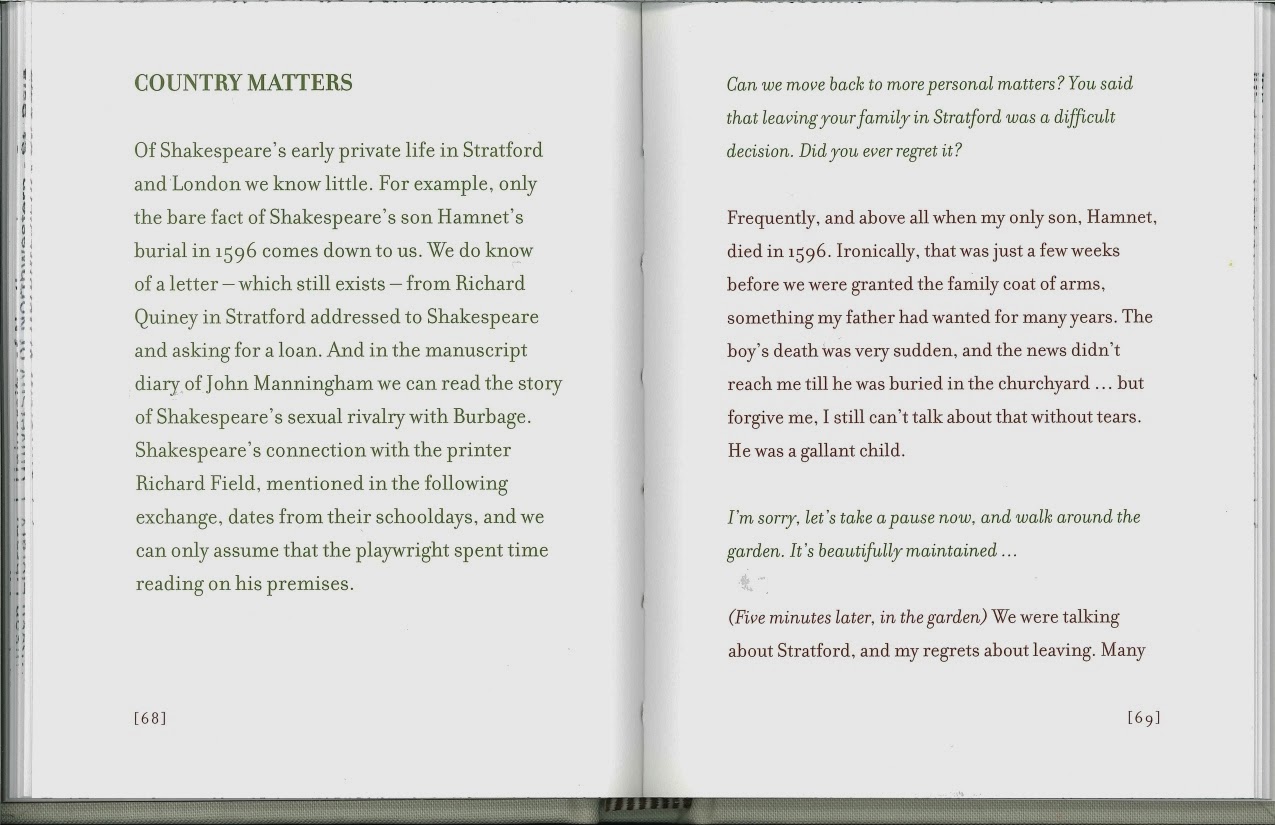 Grab a copy of Holland's William Shakespeare—it's great. But try Wells' Shakespeare & Co. instead of Coffee with Shakespeare.
Click below to purchase the books from amazon.com
(and to support Bardfilm as you do so).