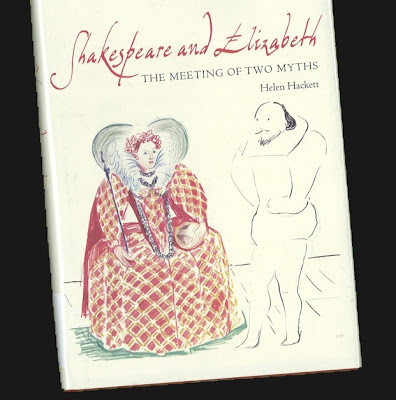 I too have this one sitting on my shelf waiting to be read, in hardcover no less! Alas.

But, KJ, I have a completely unrelated question for you: what happened to "The Winter's Tale" film by Waris Hussein that was supposed to come out in 2009? There is a wikipedia entry for it, but nothing on IMDB; spurious google searches have pulled up nothing.

Though unrelated, the question is fascinating.

Unfortunately, I have no answer for it. But I have written to Magic Hour Media, Ltd., who appear to have produced it. Should I learn anything, I'll post it here.

I am afraid that The Winter's Tale is still in pre-production so is not therefore available on DVD as yet. Thank you for your interest.

We must jump the time to come like patience on a monument.

You mention something called 'Shakespeare And Love', could you tell me any more about that? I'm looking for a tv/film production under the same name and was wondering whether this is what I'm looking for.

I'm afraid, Sunset-Leaf, that I misled you with a typo. I intended to mention Shakespeare in Love, not Shakespeare and Love as a place to find Shakespeare and Queen Elizabeth together in film. My sincere apologies!

But perhaps we (Bardfilm and its readers) can make it up to you. Can you tell us a bit more about the production you're trying to track down?