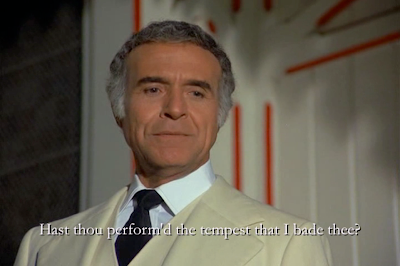 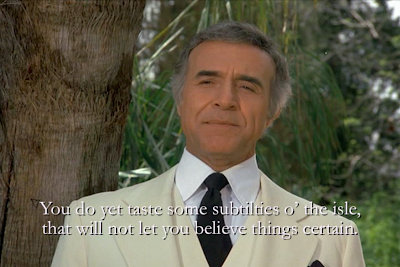 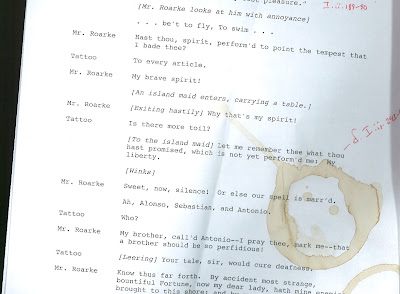 A rare image of an early draft of this episode. The notes (in what is known to Fantasy Island scholars as "Hand D") seem to confirm the direct connection between this script and Shakespeare's play.
Copyright 2008-2039 by kj at 4:01 AM

The most elaborate April Fool's plot I have ever seen! I feel like a piker having only baked an apple pie entirely of Ritz Crackers.

The 90s version of the show starring Malcolm McDowell made the inspiration far more overt, with two supporting staff on the island named Ariel and Cal.

Do the characters match their names?